Rick Desjardins is a another young promising review staff writer at simFlight and for his first write up he looked at Aerosoft’s San Francisco scenery, ther first in their US Cities X series. On we go an d more after the jump: ”

Installation
The installation was painless and complete, with this Aerosoft scenery package there was nothing to do but add my purchase info at the outset of the install and a few clicks later it was done with the installer adding it to the scenery library.Â  Even a novice would have no difficulty with this installation. …”….

Documentation
Before flying I wanted to see what the documentation was all about.Â  Included is a brief seven page PDF manual that has helpful tips for scenery settings as well as some FAQs.Â  Lacking were any maps showing the area of coverage or the locations of the heliports. Not being familiar with the city I thought it would have been a nice touch.Â  On the Aerosoft website there is a link to a kmz file for use with Google Earth that does give you all of that but it would have been nice if they had made it part of the included manual.

Flying the scenery
Having never been to San Francisco I was anxious to see what this scenery had to offer. As stated there are no seasonal or night textures included which was of no consequence to me nor do I think would be an issue for most people interested in sightseeing the Bay area while flying low and slow.Â  I believe that the main idea of this type of scenery is to enjoy the area in the daylight at a pace that allows you to take in all of its glory.

The first thing I noticed was a very significant increase in load times when starting off in the San Francisco area.

The aerial map shows that there are three modeled heliports, two roof top locations in the city’s core and one on an Icebreaker just off the north beach.Â  For my first flight I chose to fly from the heliport on the roof of the Bank of America building.Â  Before taking off I took a few moments to pan around taking in the complex scenery.Â  Climbing to about 1500 ft I proceeded to take a tour of the city. I was very impressed with the immersive quality.Â  The border where this scenery meets the default is barely noticeable with only a slight difference in colouring and density of objects.Â  There are a massive amount of buildings in the downtown and the immediate area. One word, WOW, the scenery creators did a wonderful job in reproducing the cityscape; the downtown area appears to be for the most part fully modelled. Some notable structures included are the Transamerica Pyramid building, AT&T Ball Park, Palace of Fine Arts and the Sutro Tower. Along the water front there are the Golden Gate and Bay bridges and the island of Alcatraz with a few ships in the Bay including the Icebreaker with helipad.Â  Overall it is very well done.Â  To add to the experience they have included ambient sounds and moving road traffic. For my next flights I flew from both the Icebreaker and Data Center heliports taking my time flying along the shores and amongst the many skyscrapers.Â  Staying just above the buildings at this low level it certainly gave you the feeling of actually being there.

I did note a few items that were a bit distracting.Â  On several occasions small pleasure craft were seen going through the island of Alcatraz. I don’t know if that was a fault of this scenery or of the FSX not knowing that the island was there.Â  The other one of note was that of some roof tops showing as residential even though they clearly should not have been. The FAQ did make mention of this and stated that it was the fault of FSX. It however was not an issue in the heart of the city.

Overall I was very pleased with the scenery and am happy to say that my frame rates dropped by only 1 or 2 FPS. I would recommend those with systems near the minimum specs to pay close attention to the recommended graphics settings and play with them to strike that balance between eye candy and acceptable frame rates.

Would I recommend this? Yes, plain and simple. Some will say that it is a small area only covering the downtown of San Francisco but if you think of it how is that different from scenery which covers only a single airport? 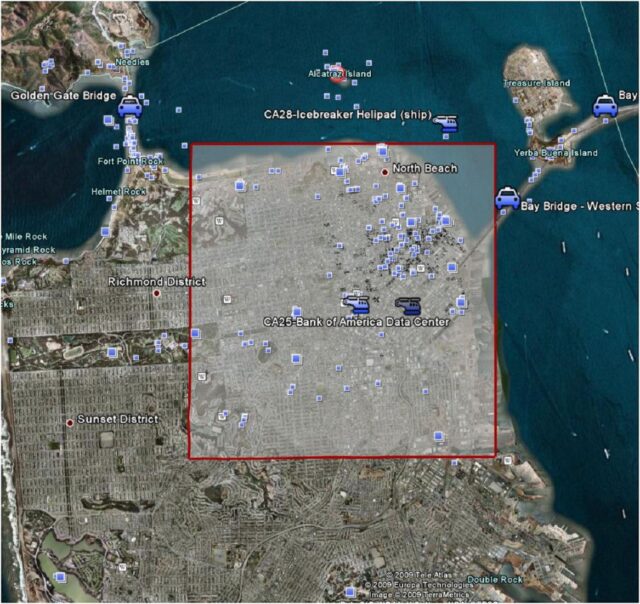 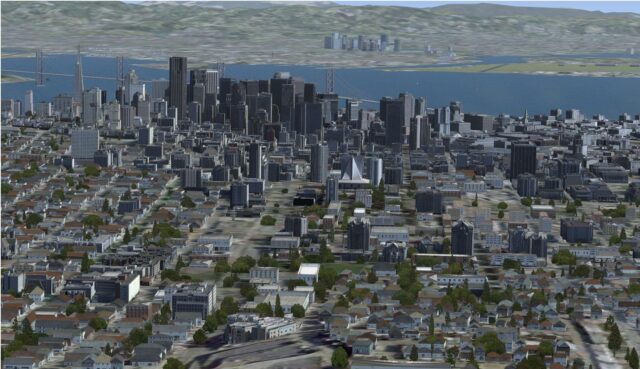 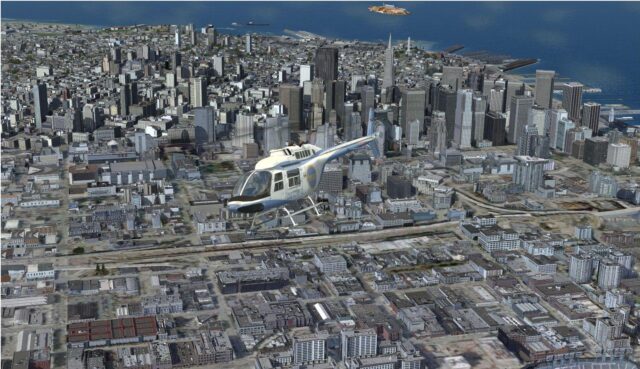 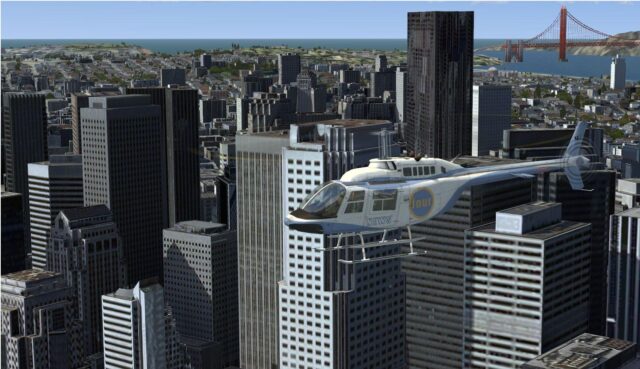 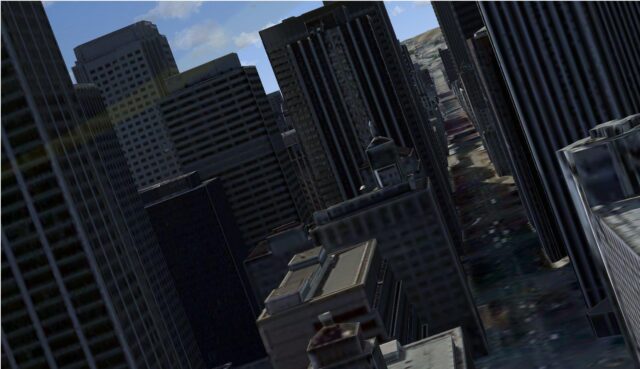 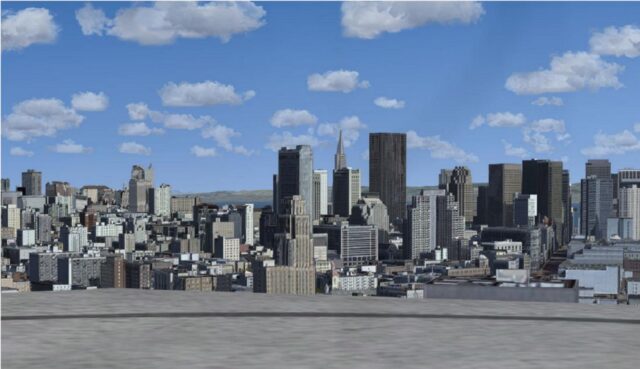 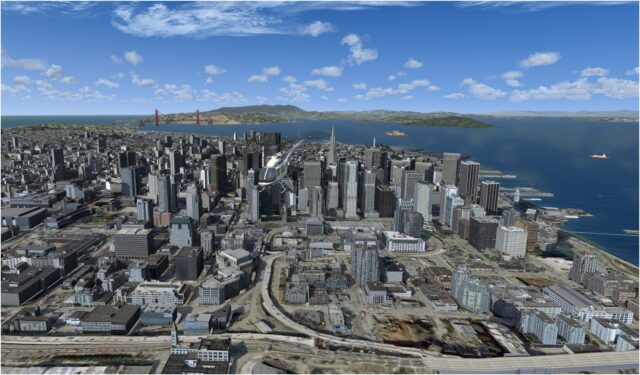 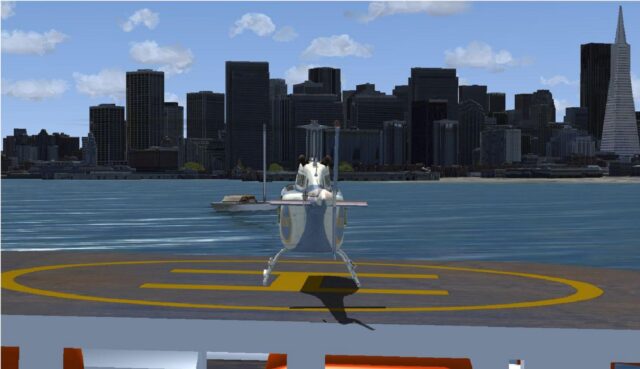 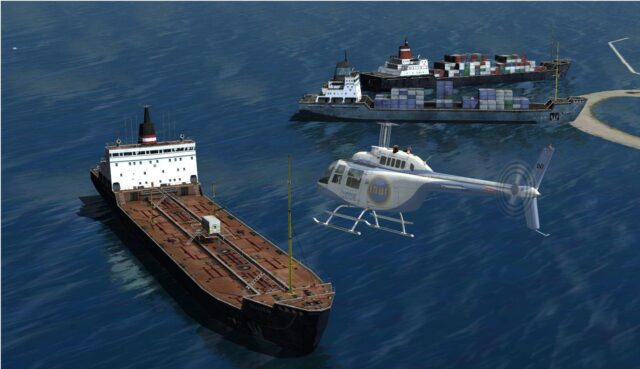 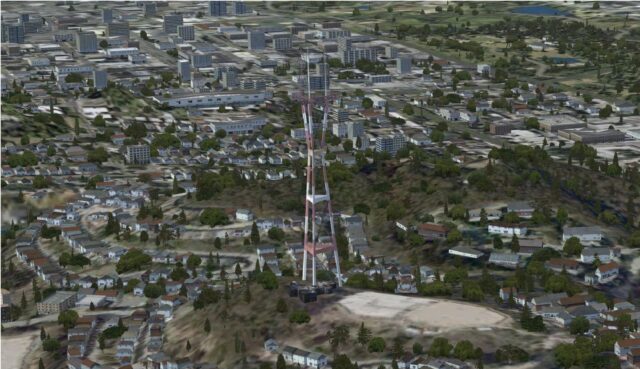 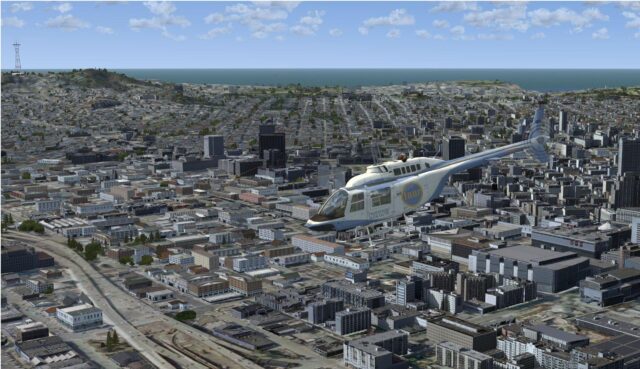 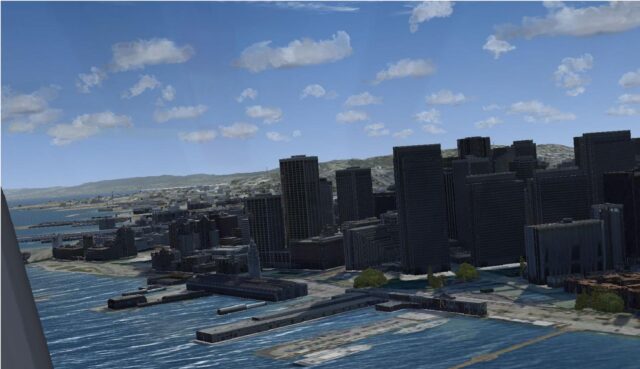