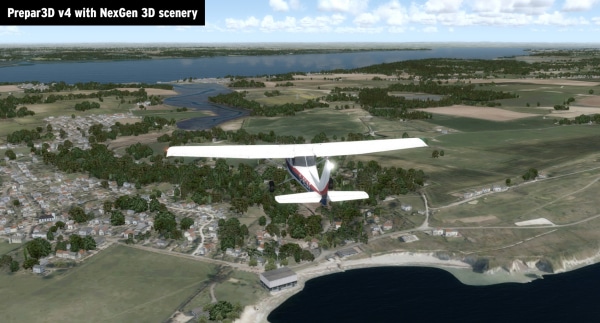 Revival or Reboot for VFR Real Scenery : Just Flight announced today their “next generation” of photoreal sceneries that will allow an increased terrain textures resolution.

The features will also include a accurately placed Autogen, a scenery manager and automatic updates.

“We’re happy to be able to announce that the next generation of our hugely popular VFR Real Scenery series of photographic scenery for the UK is coming soon for P3D, FSX and FSW!

VFR Real Scenery NexGen 3D uses the very latest 25cm and 50cm aerial images to provide a general ‘in sim’ texture resolution of 1.2m/pixel, which increases to 60cm/pixel around airports and specific points of interest, as well as a huge array of autogen objects to provide an immersive ‘3D’ feel. The combination of photographic scenery with accurately placed autogen objects gives a truly realistic representation of flying over the real world – and you’ll get a performance boost as well!

As well as vegetation, houses and industrial buildings, the object library contains features such as wind turbines, lighthouses and churches, all placed where their real-world counterparts are located.

More details and some early screenshots can be found here:  https://www.justflight.com/articles/vfr-real-scenery-nexgen-3d-coming-soon“ 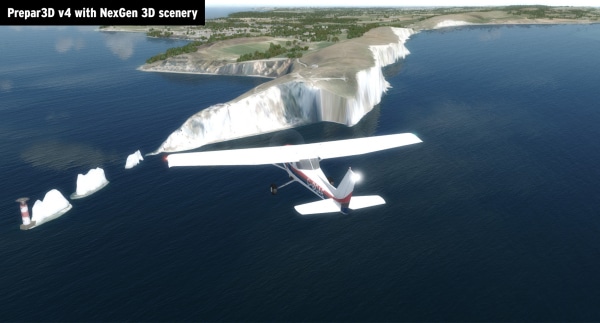