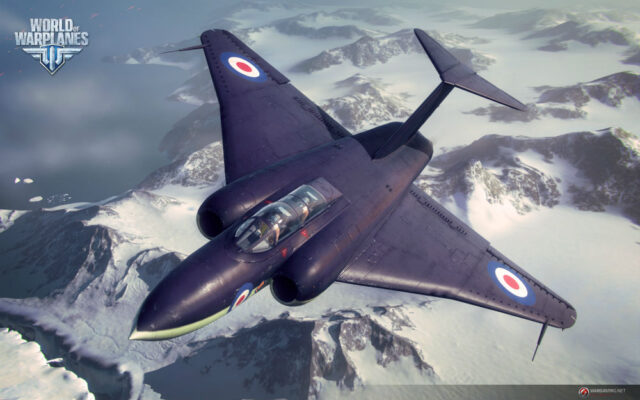 It seems that Wargaming.net have sorted out the problems they found with release of the 0.5.3 update for World of Warplanes on the Russian server cluster, so now the rest of the world are able to try the open beta of the game including the famous red, white and blue roundels of the British Royal Air Force.

Other features announced for the latest version include new control systems, new maps to fight over and reduced costs, so it should be actually possible for people to reach the tier X Javelin shown above. There are also additional crew skills and achievement markings/badges available as well. Full release notes can be found here, while this page shows the Tech Tree changes that have been introduced.