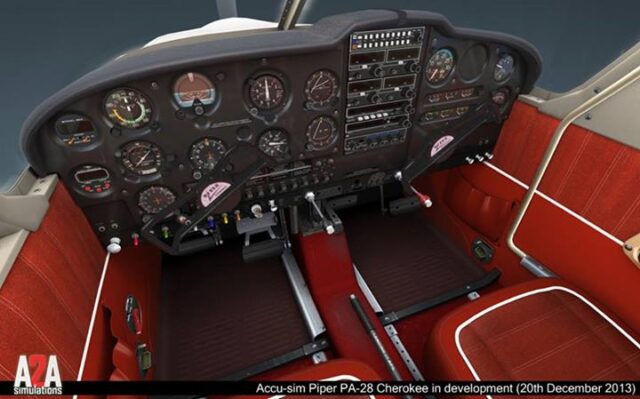 A2A Simulations have provided visitors to their forums and Facebook page with a “mini update” to end the week, bringing news of Accu-Sim Core Update 1.5.5 and screenshots of their upcoming Accu-Sim PA-28 package, one of which is shown above.

The full post, which can be found on their forums, here, tells of an update primarily improving the C172 Trainer, while also adding the requested RealityXP 3d modelling to the Civilian P51 and other general improvements for Accu-Sim equipped aircraft. The team hope to issue the update, currently in testing, before Christmas.