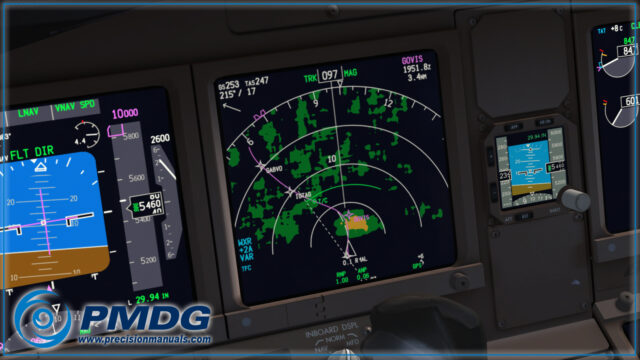 …to the weather in front of it! In an April-fools’-joke post that wasn´t an April-fools’-joke post,  PMDG announced that a partnership with HiFi Technologies will allow the incorporation of ASN weather radar into the ND of PMDG’s much acclaimed B777. This feature will be part of the next service pack to be released soon. In addition to many other improvements and feature implementations, this SP will also include  a simulation of the operational FMC datalink for performance, weather forecast along route, alternate data, etc.