Ian Pearson takes a quick look at this First Class Simulations / Abacus title:Â MILITARY HELICOPTERS 2. This review is accompanied by screenshots of the product, please see the gallery at the end of the text:

I have to admit, this one came as a bit of a surprise to me… First of all, I wasn’t expecting it. I had no idea it was being released, let alone that the contents (advertised as “For FS2004 and FSX” – never a good sign) would really be native to each sim, rather than FS9 models ported into FSX.

The CD comes in a DVD-style box with a paper manual, in English, German and Spanish, that gives basic information about the included aircraft plus the usual contact, legal and installation information. Installation is fully automated from an autorun upon inserting the disk and requires 550Mb hard drive space available. The installer also has an option to install and view trailers of other First Class Simulations products.

After install, you will have a total of seven new helicopters installed under the manufacturer “Abacus Military Helicopters 2”.

With different variants and liveries, there are a total of 51 thumbnails added to your ever-extending collection, with at least two, normally more, variations on the theme available for all aircraft except the VH-3D “Marine One”, which is a stand-alone model. The other aircraft included are as follows:

The external models are well presented and detailed, with versions compiled for their native simulation version, although the textures are somewhat too reflective for military aircraft at times. All of the aircraft have virtual cockpitsÂ with active gauges, although only very few have interactive switches and controls available from the VC. These are “ctrl-e” aircraft, with no system depth at all.

The flight models are interesting. Although based on the default helicopter model, they are very stable compared to even the FSX Bell 206 JetRanger III and experienced helicopter pilots will find them “stodgy” and hard to slow down. They may well be of interest to newcomers to rotary wing simulation, however, as the stability makes them easier to hover and fly.

There are bugs in the package, but nothing very serious. Some of the thumbnails aren’t quite right (AH-64Ds with Longbow radars on the thumbnail), the H-60 attitude indicator goes mad sometimes for half a second or so and some of the H-60s appear to be missing textures for the stick and collective. I seem to recall, from experience with the Seahawk in Flight Deck, that the gauge bug has existed since that so it’s a pity they haven’t fixed it, but it’s an annoyance, not disastrous, even when flying at night or in cloud. The only real “major error” is that the H-60s’ horizontal stabiliser is modelled as an elevator, which is incorrect.

Overall, the package is pretty good value for money, with a large number of models, even if the exteriors are considerably better than the interiors and they lack components that many simmers find essential – primarily the interactive VC. For those who use ctrl-e to start the engine by default, though, or who are just after a whole horde of aircraft to fly around in for fun, the package is worth taking a second look at. 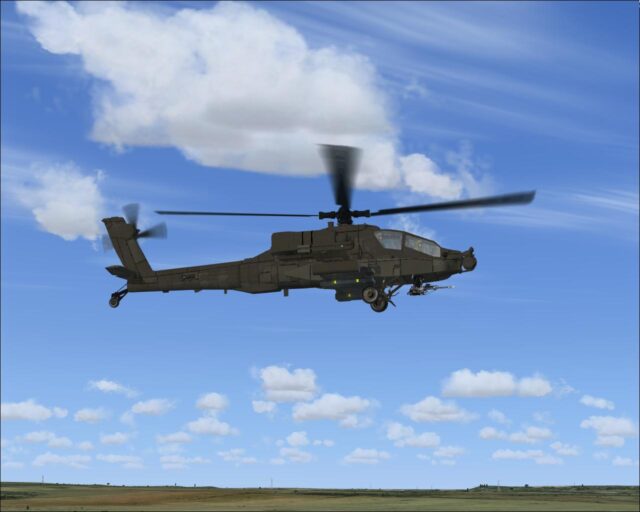 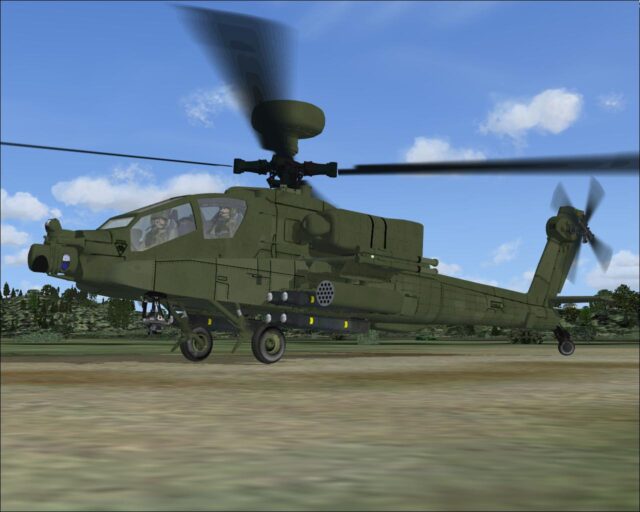 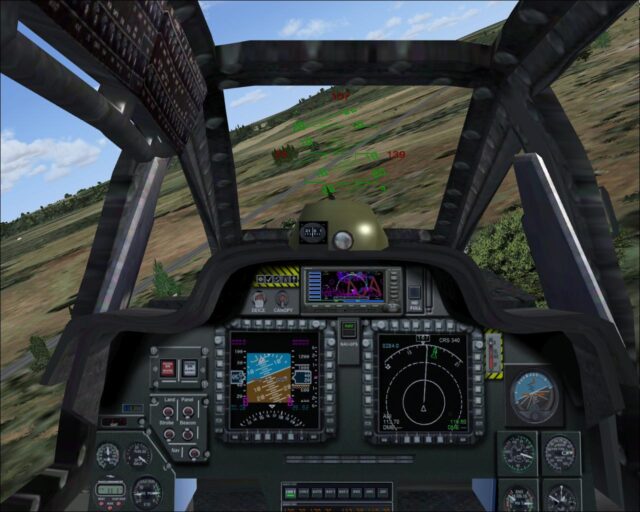 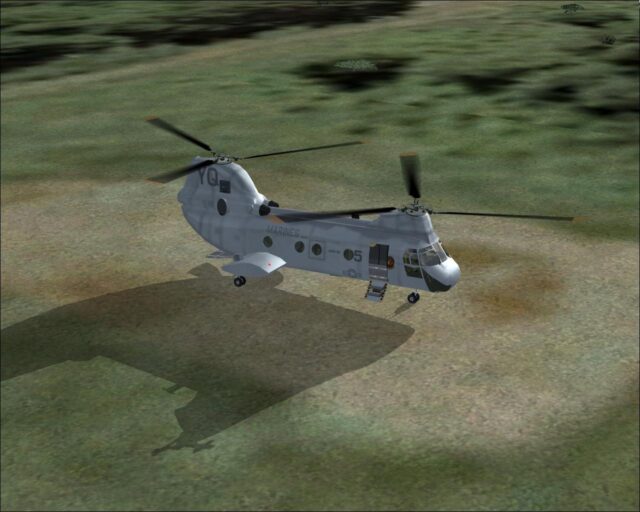 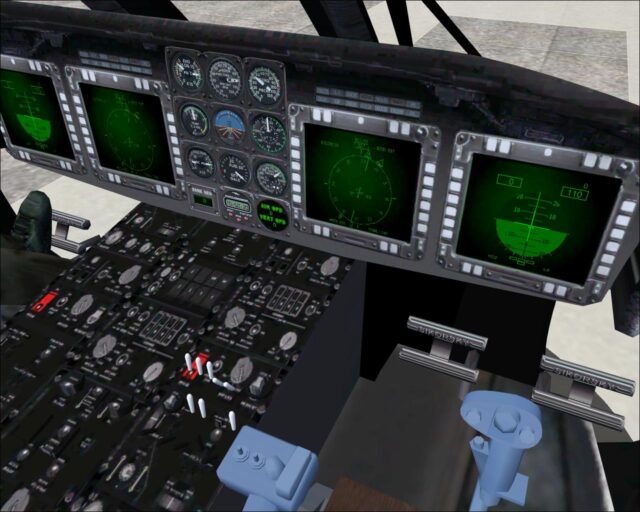 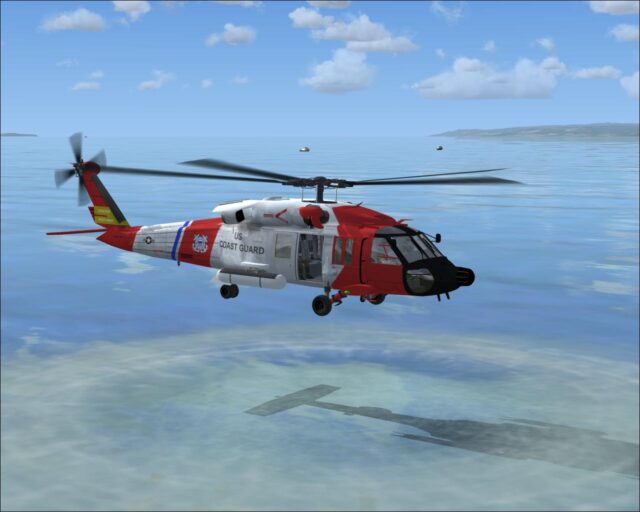 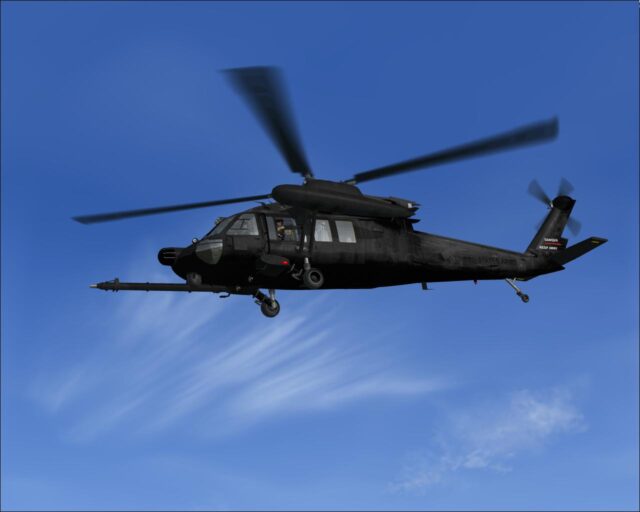 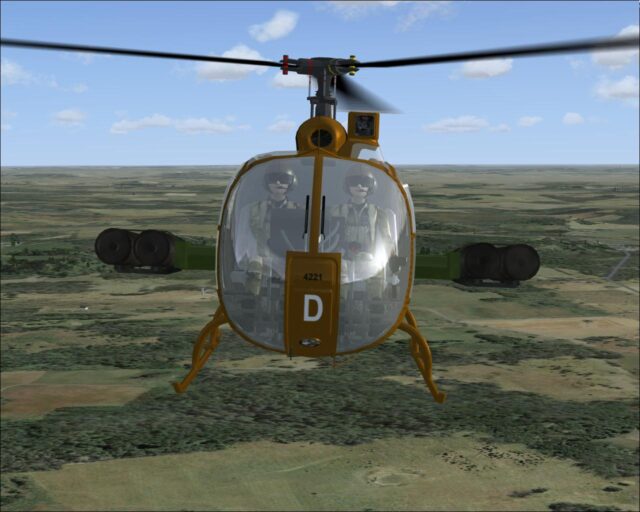 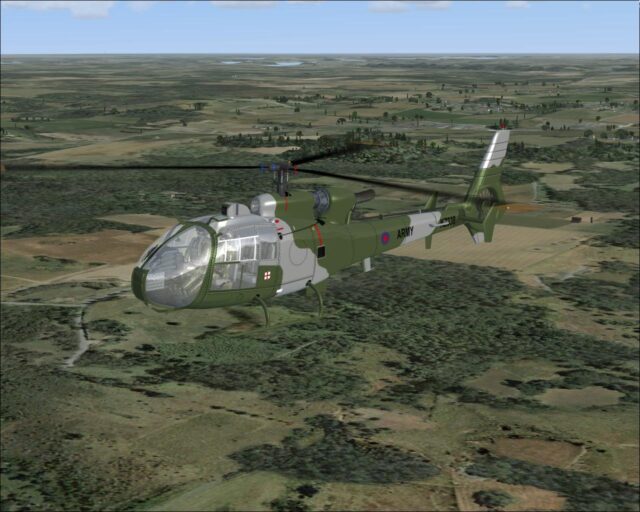 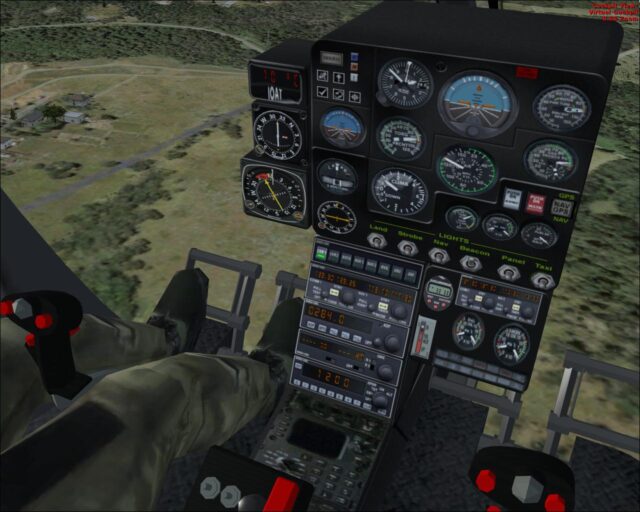 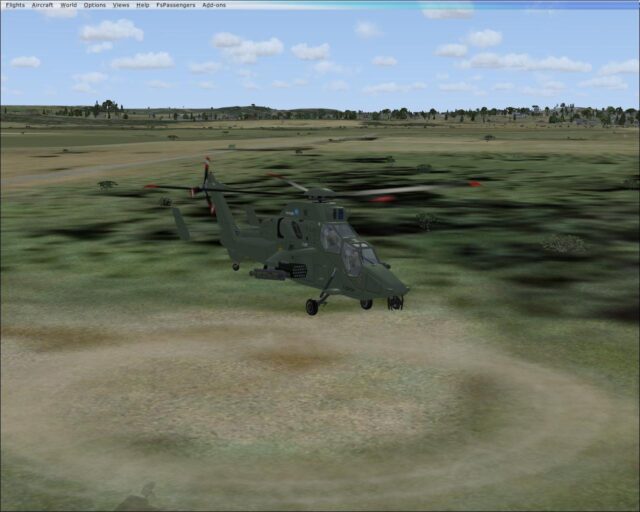 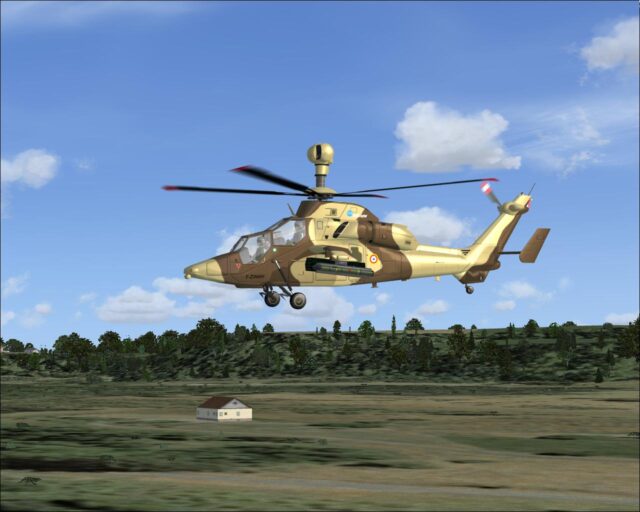 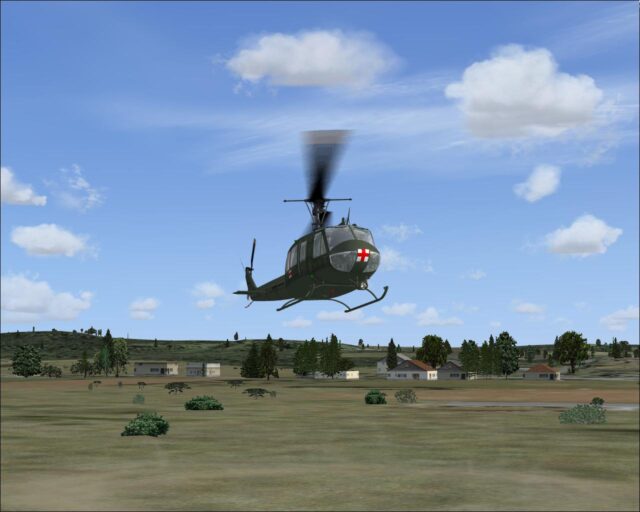 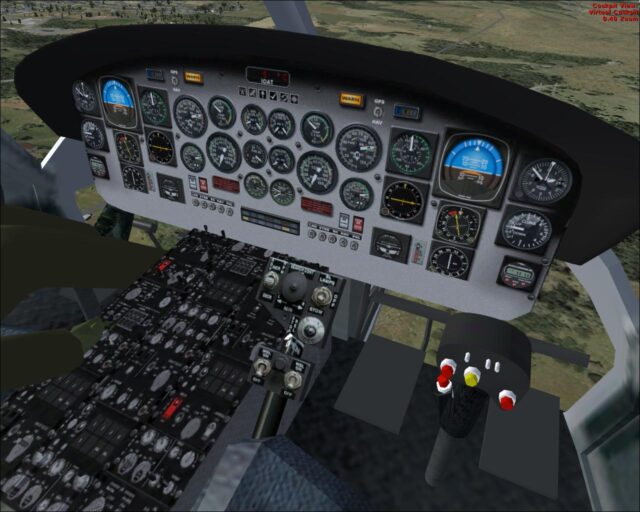 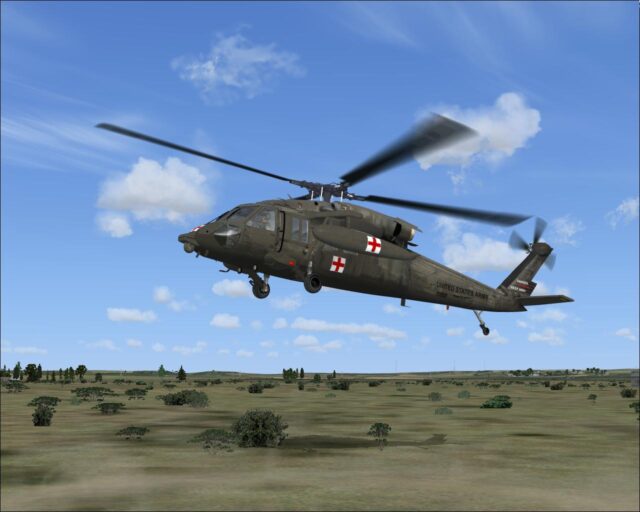 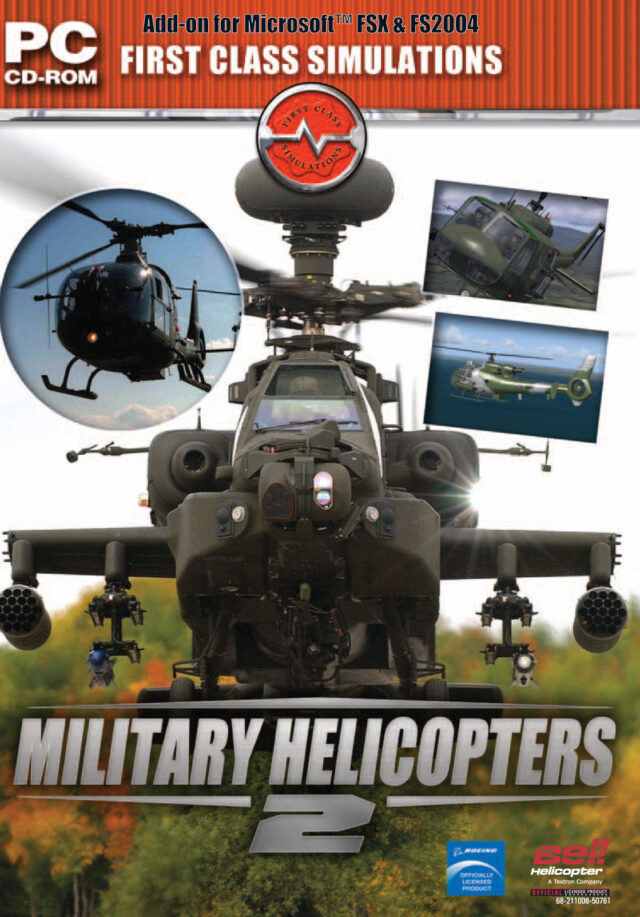 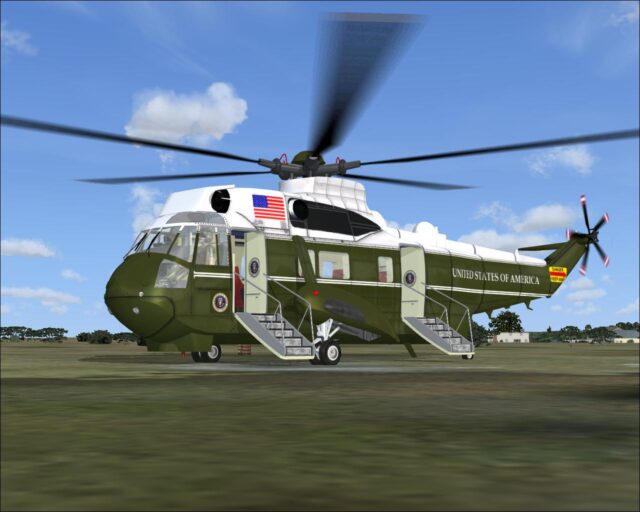 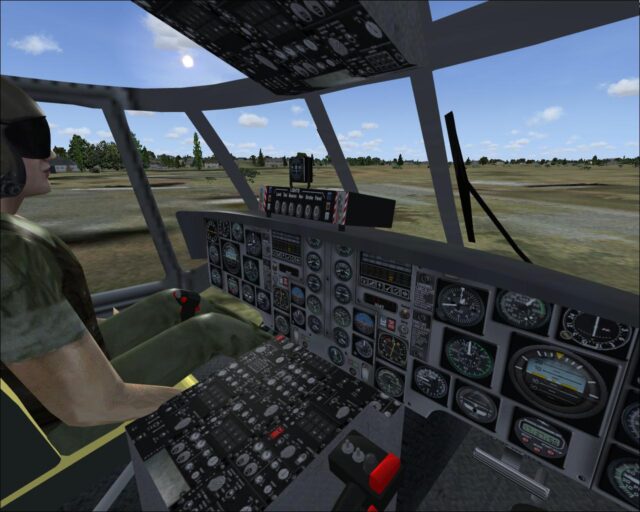