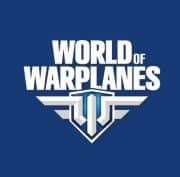 It may  not exactly be a “sim”, as anyone who has played World of Tanks will know, but on their Facebook page, Wargaming.net have released an image of the American tech tree for their upcoming title “World of Warplanes“.

With a choice of two tech trees representing land and carrier aircraft, the US tree is the first to have been released and, seeing what’s on there, we have to wonder whether the company (originating in Eastern Europe) might have to abandon their standard “Russia, USA and Germany” trees as being the only options to include Japan as well? There’s a lot on there that never fought in the skies over Europe… Not that historical accuracy is a feature of their games either, though, to be fair!