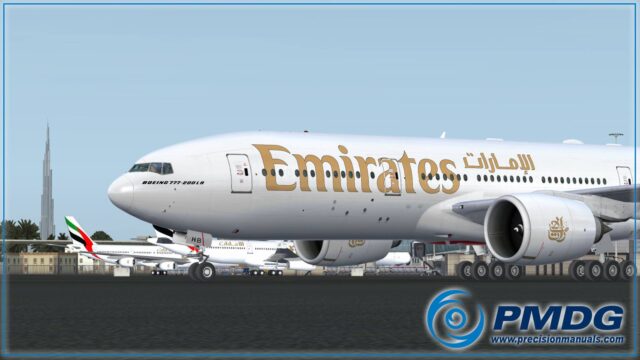 As explained in the previous public message of Robert S Randazzo, there was a particular item still remaining to fix and that could hold PMDG team from release the 777 this weekend. It got identified and fixed past night only, so they prefer open the sales to public in the second half of the timeframe they annouced initially.

It means this could happen between next Monday and Thursday. So you can now switch off your computer and get back to your usual real life hobbies !Reproduced from PMDG page at Facebook :

“Sometimes, the worst part about being an airline pilot is when you hear ATC call you on the frequency and say, “We have holding instructions for you, advise me when you are ready to copy…”

I will keep this short and sweet- but I wanted to let you know that we currently have had the 777 release in holding for a few days while we tried to sort out a problem that we felt was capable of putting the release “At Risk.” (You will recall I mentioned this in my post from Monday morning…)

The problem turned out to be a bit more complex than we expected, and the fix was not confirmed until our staff meeting this morning at 1300Z.

The good news, is that the problem has been identified, a fix was found and it was implemented overnight last night.

There really isn’t any “bad” news per-se, but we have decided to reset the clock on final testing of the release-build, which puts our release window out into the Monday-Thursday time-frame of next week.”