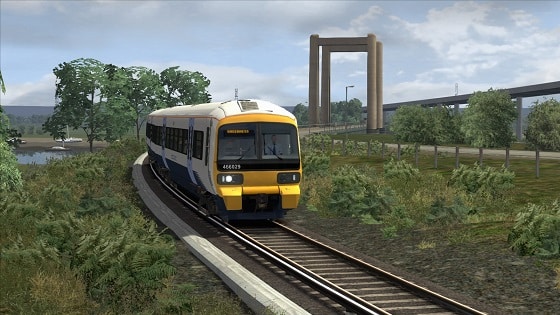 Train Simulator 2014 has been released, as previously announced, with the core code updated for free to existing customers. This time, the route comes with three routes: Hamburg-Hannover, London-Faversham and Donner Pass, plus appropriate stock to run on them. The German language (only) version of TS2014 is available as a box set from simMarket here.

Inkeeping with traditional RSC practice, they have announced that additional content will be included that is only available with a full new purchase of the simulator. In this case, the 7-mile Sheerness Branch Line off the London-Faversham route, a Southeastern Class 466 repaint to use on it and a SD70M locomotive.