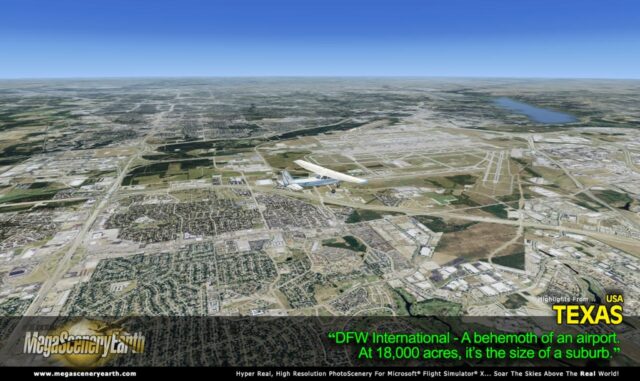 In Texas they like everything big… including their state itself, which is why it isn’t one border-to-border package like most other MegaScenery Earth releases, but rather three – West, South East and North East.

For that, though, in total, you get 268,000 square miles of photoscenery, if you buy all three areas, with almost 1500 airports including the massive DFW complex pictured above.  In case anyone sees Tony Christie on their travels, by the way, Amarillo is in “West”… 😉