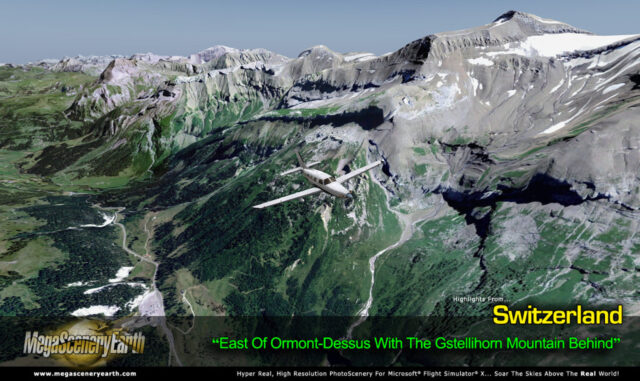 Not only are there two new MegaScenery Earth packages available at simMarket this week, but one of them is even outside the United States borders.

First up and sticking true to form comes the US state of Iowa, over 56,000 square miles and with 234 airfields/airports, this Mid-Western state is best known for its vast expanses of farmland and long, straight roads, making it a challenge for VFR pilots to navigate if they become ‘temporarily unsure of position’. MegaScenery Earth Iowa can be found here.

Next up and several time zones away, clocking in at a mere 15,940 square miles and a measly 44 airports, comes the entire country of Switzerland. Between those 44 airports, however, you’ll find all the mountains, lakes, chasms and nestling villages that you’d care to explore. Check it out here.

That’s the beauty of FS, though, isn’t it? Two completely different environments and you can explore both within minutes of each other.