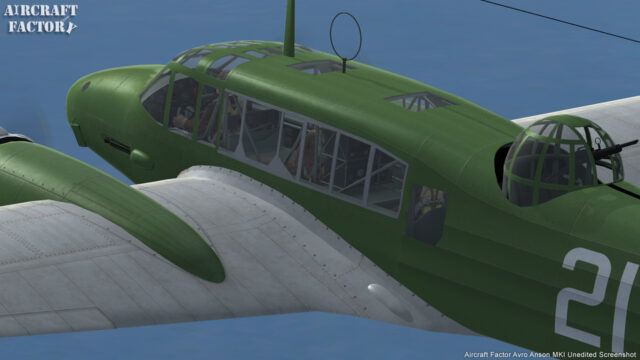 Coming in four different liveries, including the Irish one shown above, the single model in the pack represents the coastal patrol and training variant of the Anson I, which was one of the RAF’s ‘jack of all trades’ aircraft, flown in huge numbers, but one which many people know little or nothing about. More about the aircraft can be found on the A2A store product page, here, while more screenshots can be found on its support forum at the A2A website.