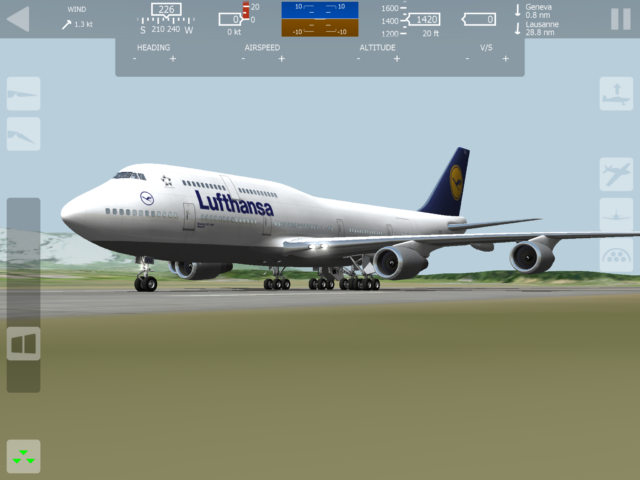 It’s possibly an odd choice for a VFR-orientated sim controlled by waving a tablet around, but the latest update to Ikarus Aerofly FS on iPad, version 1.1.0, brings with it a number of liveries for the previously released A320 model and one new aircraft – the Boeing 747-400.

Other fixes include the return of the manual control rudder slider when operating in tilt control mode. The update was released on 17th December and is available to existing users through the iTunes App Store’s “Updates” tab.