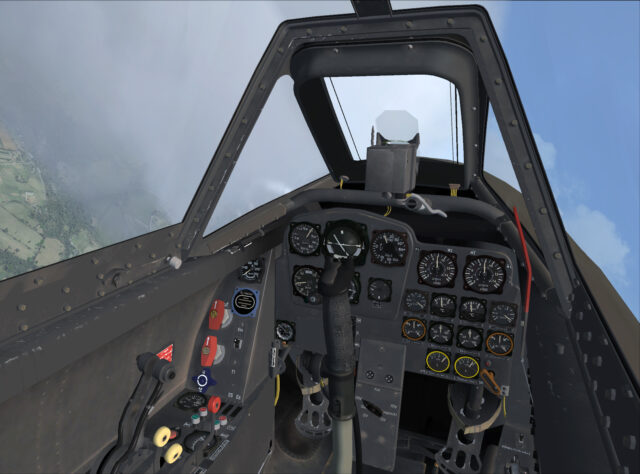 Flight Replicas have released an updated “Special Edition” of their Me-262a “Schwalbe” (Swallow) WW2 Luftwaffe jet fighter, featuring a number of updates and upgrades surrounding the VC and flight dynamics. Much of the pre-existing exterior model has, however, been retained – resulting in a less-than usual price for the Special Edition package.

The developers describe the Special Edition’s flight model as “…possibly the most authentic aerodynamics ever done for this iconic WWII fighter, painstakingly researched and written by FSX aerodynamics master Bernt Stolle. From managing the difficult early jet engines, to combat maneuvering at high speed, to getting back on the ground safely, you will come to know both the challenges and joys that were those of the real Me-262a pilots.“

To find out more, visit the Flight Replica’s site here. A word of caution to our German readers, though, is that this version of the aircraft does include historically accurate insignia and markings.

I wonder if the engines fail after 10 to 12 hours, like they did on the real plane at the end of the war…