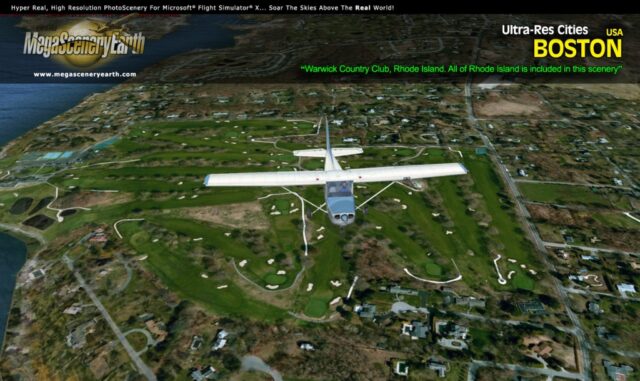 Another scenery for fans of photorealistic terrain comes from PCAviator here, covering Boston, Massachusetts, in the North East corner of the United States.

Ultra-Res City Boston is 6,000 square miles of 50cm/pixel terrain according to the developer’s provided information and includes not only the city itself, but also the state of Rhode Island, excluding Block Island. As you might expect, it happily co-exists with the developers’ previous Massachusetts and Rhode Island full state sceneries.