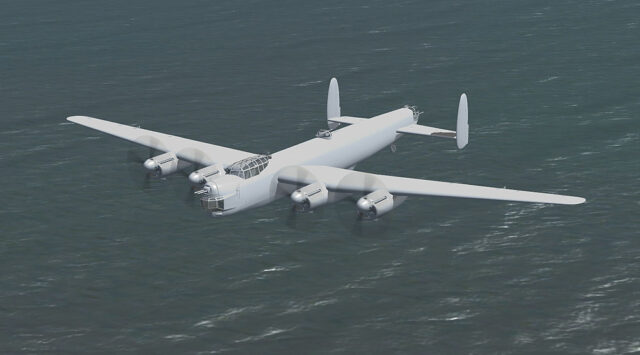 Over at their site, Virtavia have announced that their next project is the RAF’s  last piston-engined bomber, the Avro Lincoln.

Only the single solitary screenshot above has been released so far, but more details on the aircraft and project and be found on their Work in Progress page, here.