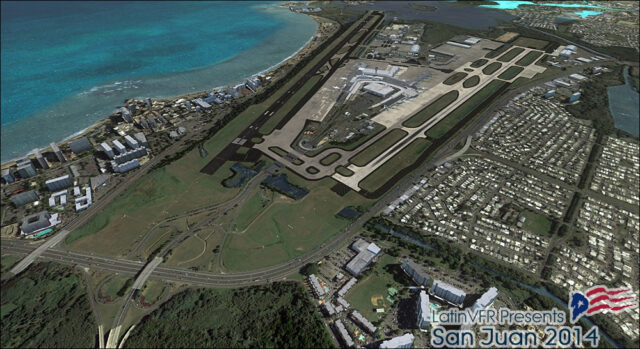 It’s already the fifth preview by LatinVFR of their upcoming San Juan 2014 product. TJSJ airport in Puerto Rico will see much more virtual aircraft to land there after release.

The designers have made significant efforts on the custom textures of the apron, taxiways and runways. The second important feature is also the surroundings treatment, that looks as real as versatile : low residential areal, higher buildings at the opposite side of the runway, with the coastlines and roads with traffic nearby.