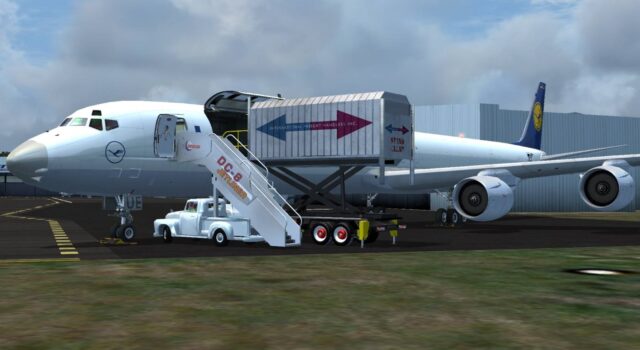 Just Flight will focus on the 50 to 70 series of the Douglas DC-8, as it was built during the 1960’s. Despite the engineering started in 1955, the sales results were not as good as Boeing 707. Anyway, the success came from some regions of the world and in freight transport, especially in its military variant.

Above the liveries list to be included in the Jetliner (FSX) product, Just Flight explains shortly they will model both steam gauges and modern glass cockpit variants of the cockpit.