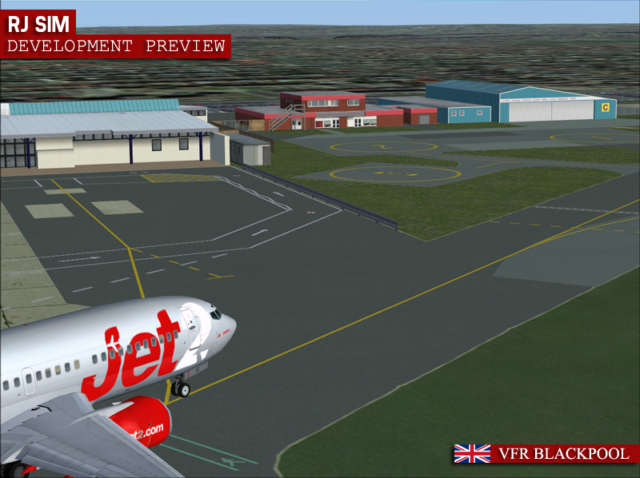 RJSim have released a number of preview screenshots for their “VFR Blackpool” project, currently in development.

Situated on the North-West coast of England, just North of Wales and Liverpool, Blackpool (BLK/EGNH) isn’t the world’s busiest commercial airport but, as the product name suggests, it’s one of those places where single engined pistons meet and mix with Boeing 737s on a daily basis.

No release date has been set for the scenery yet, which will be released for FS9, FSX and P3D, but they state that;

“VFR Blackpool will be the most up-to-date and accurate rendition of Blackpool International Airport, popular with pilots of all types.

RJ Sim are updating their Facebook page with development previews and more details can be found here: https://www.facebook.com/RJSim2013”