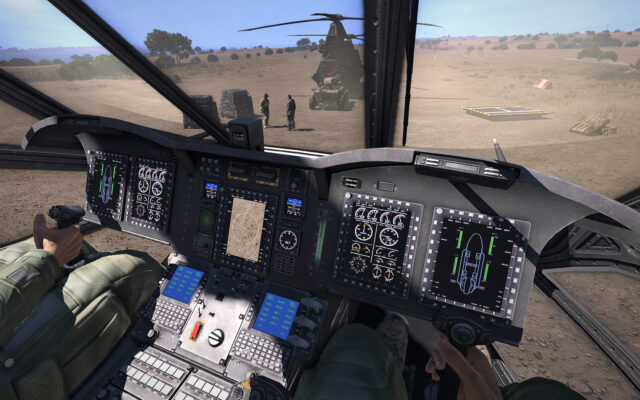 Bohemia Interactive Studios (BIS) are responsible for the Soldier Sim series “Armed Assault” and have just released the “ArmA3 Helicopters” expansion, a dedicated helicopter package for those who like the aviation side of the series.

While the expansion itself only adds two new aircraft – the fictional CH-67 Huron and Mi-290 Taru, it is accompanied by a free update for all ArmA3 users, which adds the option of an advanced flight model, carrying sling loads and the ability to fire from vehicles using personal weapons. More information about ArmA3 Helicopters can be found here, while to receive the ArmA3 update, simply start your Steam client and it will be automatically downloaded.