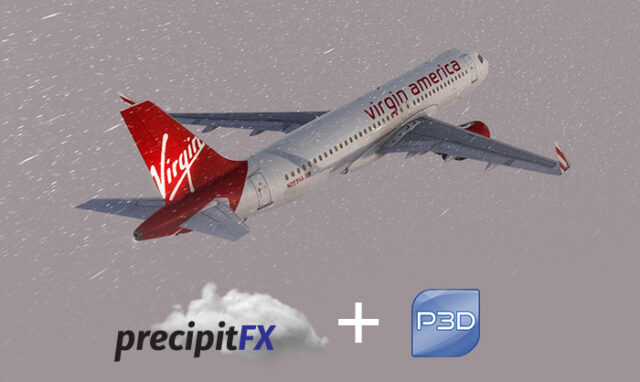 As the banner above shows, the developers of precipitFX have announced the release of the package’s second update, which includes support for Lockheed-Martin Prepar3D, in addition to the existing support for MS FSX.

That’s not all, though, as the newsletter sent to subscribers today also includes news of what they describe as their “most advanced effects package yet!”

To see the full newsletter text, click “Read More“, below, or visit the product page at simMarket if you want to find out more about the package, before seeing what the updates are.

We are glad to release our second update for PrecipitFX. Since the release of PrecipitFX, we have received numerous feedbacks from our customers, which helped us dress a list of the most pressing issues which needed to be assessed.

The most popular request was to make PrecipitFX available for Prepar3D. With this in mind, and with the 777 Immersion in its last stage of development, we decided to take our existing effects and enhance them to take better advantage of the performance in Prepar3D. Therefore, we are glad to announce the release of an update that would allow pilots to install PrecipitFX rain and snow textures, vortices ​​and contrails for Prepar3D.

We are continuously working on our product to make it the most amazing effects package for the Flight Simulator community. Therefore, if you have any feedback on PrecipitFX, please don’t hesitate to let us know!

You can now get the Prepar3D v2 version of PrecipitFX via the install utility’s automatic update system or via the FSFX Packages website. 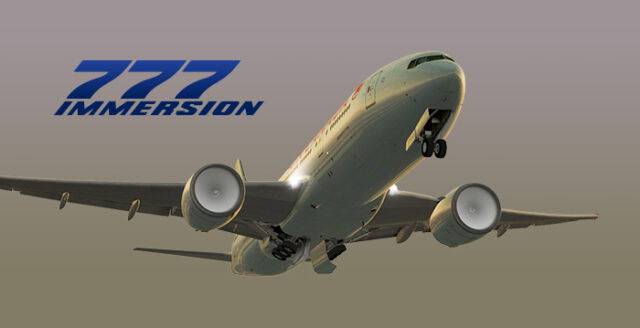 This week is also the launch of 777 Immersion, our most advanced effects package yet! Don’t miss a thing and join our Facebook event to be notified when the countdown reaches zero!

Over the past years, we saw lots of great things happen in the Flight Simulator community. Some amazing add-ons of various complexity only a few clicks away from your simulator. Currently, products on the market are focused on four very specific areas: sceneries, weather, aircrafts and texture packs. Because of technology advancements and new computer hardwares available, we feel visual effects is an emerging category of products no one has successfully touched yet. A neglected aspect of Flight Simulator has always been visual effects around the aircraft and around sceneries. They are so important, yet no one successfully got them right on at a significant scale. Aircraft developers are focusing on systems and visual models, but not on visual effects, so we asked ourselves how we could enhance this.

We began listing effects that would be great on the Flight Simulator X and Prepar3D platforms. We ended up with an astonishing list of them. We did some research and rapidly, we found that every aircrafts has its own details and effects. We went as far as comparing things like wingtip vortices sizes and contrail shapes. We decided those effects packages had to be aircraft-specific.