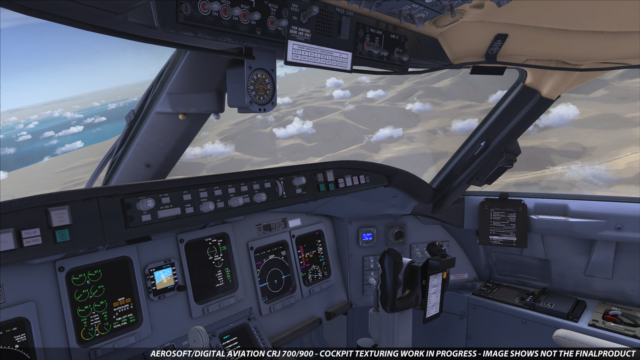 We last mentioned the Aerosoft/Digital Aviation Canadair Regional Jet – somewhat fittingly regarding the VC – in June this year. It’s one of those projects that has been going for so long that many people have either forgotten about it, or given up on it ever appearing.

Aerosoft haven’t forgotten, however, and earlier this week, Mathijs Kok posted three new images including the one above, showing progress in bringing what has already been done up to current standards. If you read the thread, here, you’ll find that while there are still many “issues” being found and fixed, the team and testers are happy with the progress being made – and yes, they know that Mathijs didn’t set up the aircraft properly before taking the screenshots (check the PFD… ;))