If you’re an owner of Bohemia Interactive’s Armed Assault 3 and finding yourself getting shot-up or shot-down so often that it’s no longer fun, you might want to check out the “Pilot (Rescue)” missions by RobJ, for a chance to explore the island of Altis as a civilian Search and Rescue pilot. 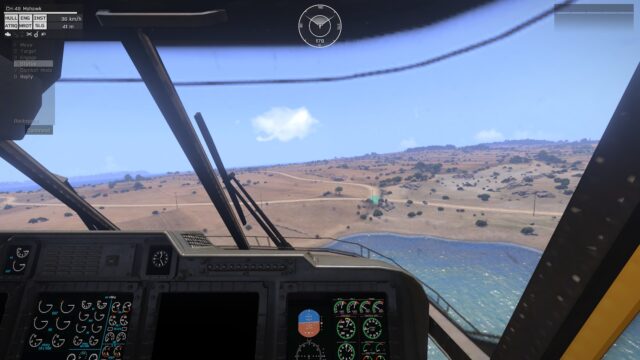 Approaching an RTC. Green smoke visible, but watch out for the telephone wires!

Piloting aircraft such as the 3rd party (free) add-on B206 JetRanger III or the default “CH-49 Mohawk” SAR repaint pictured at the head of this article (both also available through Marketplace), the missions offer a variety of tasks set around, but not as part of, the conflict on the island of Altis. From attending Road Traffic Collisions and transporting doctors to search and rescue of downed aircrew or transporting civilians injured during the fighting, the missions offer a high degree of variety aided by random selection, multiple locations and user configurable options. They make a nice change from the combat side of the sandbox soldier sim, while also offering more than a usual degree of replay value due to the random nature of the taskings.