Many things are happening in the world of X-Plane:
Update of the TwinOtter by RWDesigns to version 1.1 +++ There is a new NOAA Plugin (version 2) at x-plane.org  or on the webpage of the developer
which handles upper level winds and smooth weather changes +++ First Infos about the X-Plane 10.40 alpha version+++ Next Carenado airplane for X-Plane 10 is the Pilatus PC 12 while Aerobask is working on an Epic E1000 +++Aerosoft expects the release of the Manchester Airport for X-Plane in “a few days”+++ Background infos on the PMDG DC-6 for X-Plane 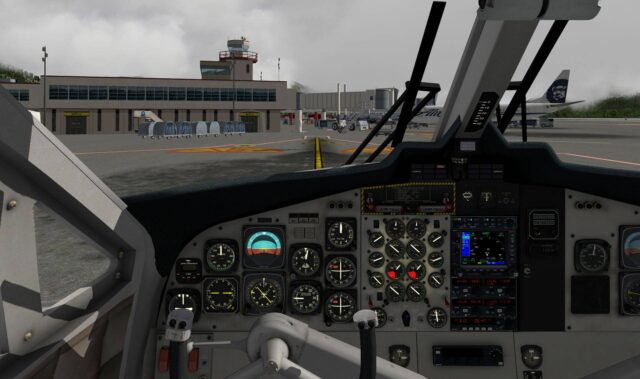 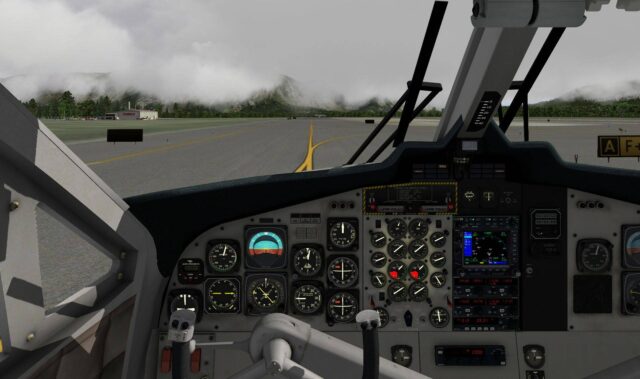 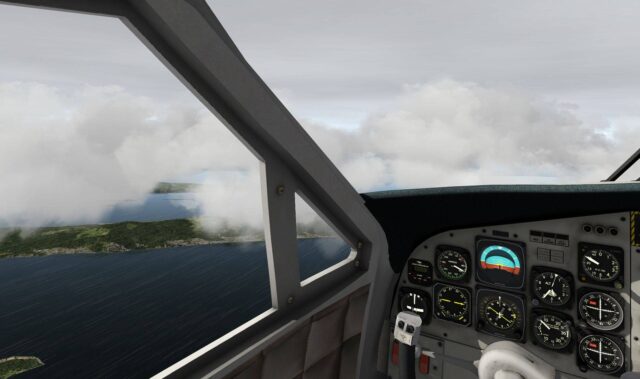 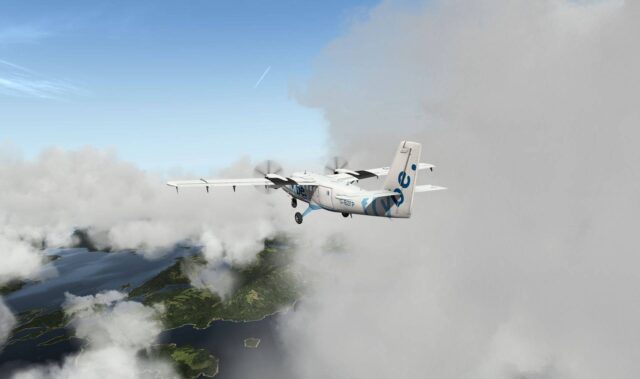 First the easy subject: RWDesigns has released version 1.1 of his TwinOtter. The sounds have been improved. It isn’t exactly like a Twin Otter but much better than the first version. The plane now has independent Com1/2 and Nav1/2 systems and many switches have been impr4oved, too. But the plane doesn’t have its own support of the scroll wheel yet, a feature that is slowly becoming mandatory within X-Plane. There are still a few points missing (like further improvements of the sounds, the erxterior model, scroll wheel support, but with w few improvements this plane could become one of the best Twin Otters on a home simulator yet. 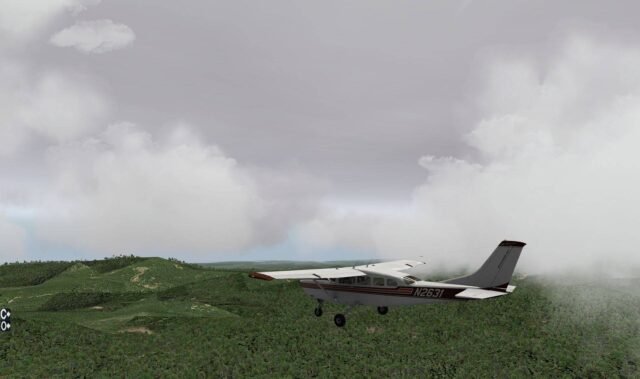 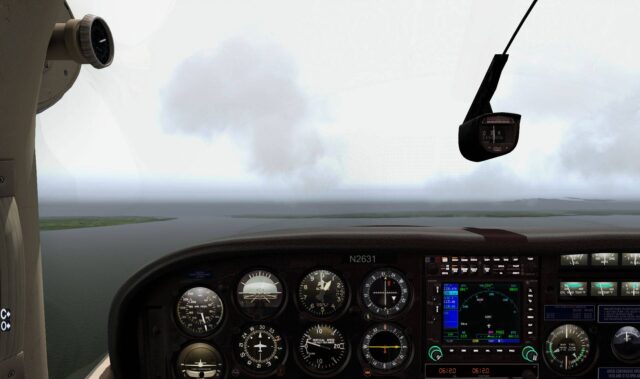 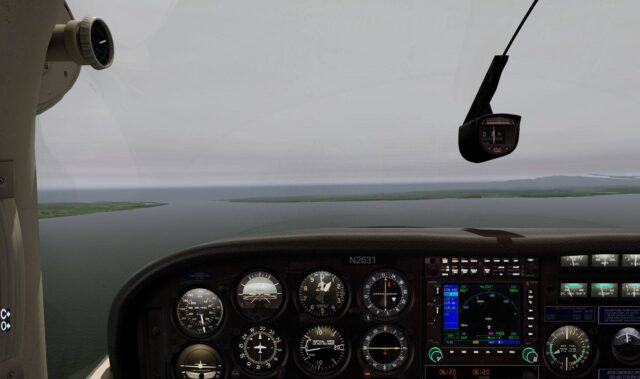 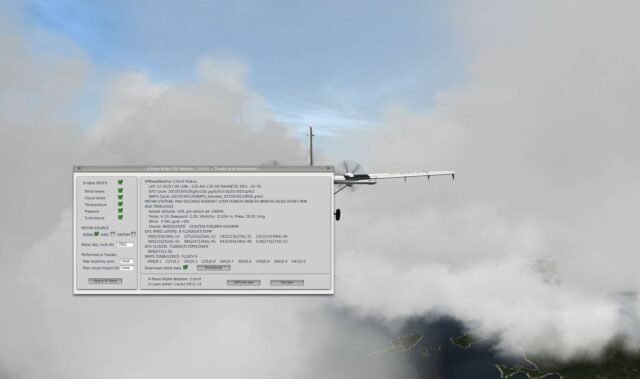 The old NOAA Plug-in didn’t really work reliably in X-Plane 10 anymore, but now its successor ,Version 2 , has been released that has a pretty good chance to become the the best weather plugin for X-Plane:

The plug-in uses NOAA predictions to model with X-Planes 3 cloud layers up to 8 different cloud layers together with wind data of higher flight levels and turbulences. When the weather changes in an upload the flight model now changes smoothly within a few seconds, so the pilot or the autopilot can adjust to the change.

Austin Meyers released an early alpha version of X-Plane 10.40 for the Mac. So we know several key features of the new version.. 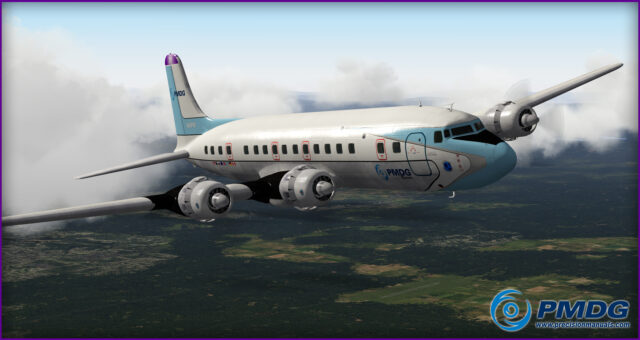 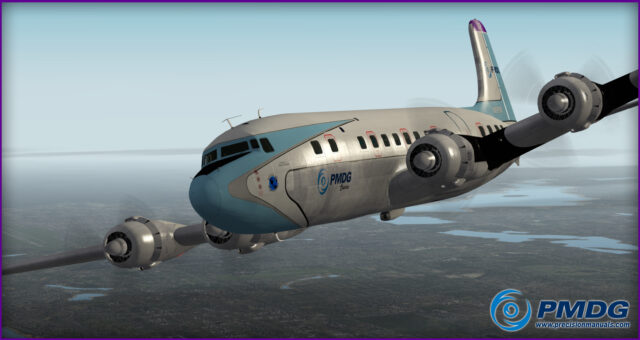 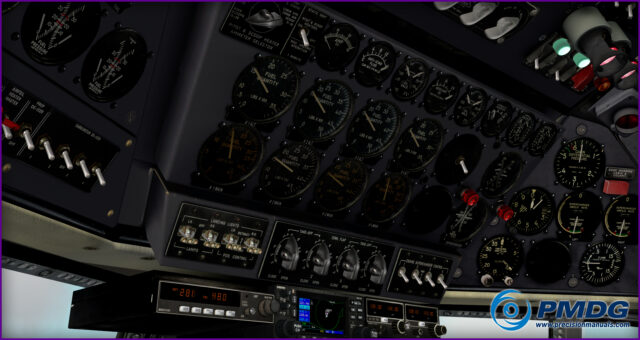 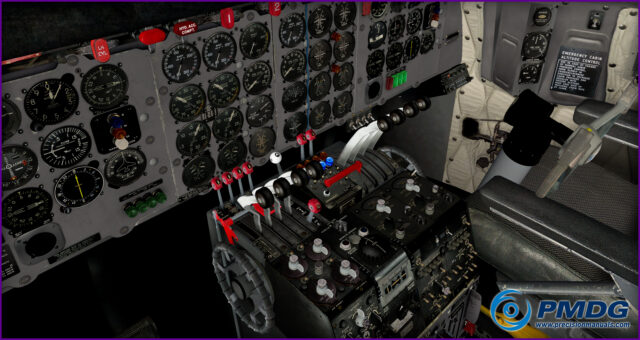 But the biggest feature of the last week:

PMDGs secret X-Plane project is a DC-6, whci will be released first on X-Plane. Later versions for FSX and P3D will follow. The simulation has a precise model fort he engines and will give feedback to the instruments, the sound system or via vibrations so that the pilot can react correctly to changes in the engines. If you don’t handle the engines with care they could be damaged or burn more oil. According to PMDGs description it will be an AccuSim System for airliners.

Only the X-Plane version will simulate circuit breakers since the huge number of clickspots would be to expensive on FSX and P3D (about 20 fps).

If the DC-6 sells it will be the first of a series of classical airplanes, but the main purpose of the DC-6 was: a sandbox project for X-Plane. The developers wanted to do something different like the DC-6, so if they wanted to work on the DC-6 they had to work on X-Plane. They had to learn how to compile their systems on X-Planes platforms and how to connect their internal flight models with the input and output models of X-Plane. With the coming Berta version of X-Plane this project is finished. It doesn’t matter how this plane will sell for X-Plane. They will decide in the next few weeks which plane will be the next X-Plane project, long before the DC-6 is sold to customers.

In general the launch project of a new platform can’t really make its money back, since the developers have to develop new tools and workflows. Only after a few releases you can overlook how sales and development costs really are.