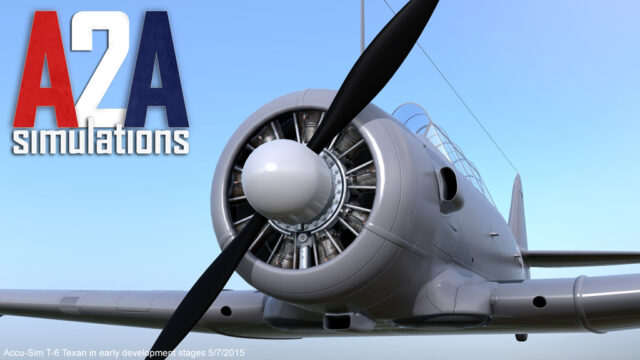 With questions constantly cropping up about what’s next from their hangar, plus a little reticence to announce projects which then have to be shelved, A2A Simulations have announced that the T-6 Texan trainer has entered “active development”.

Announced as a potential project some time ago, along with the PA-44 Seminole, the T-6 is stated as still being in the “early stages” of development, so don’t expect a release next week, but we’ll keep you updated with progress as the team release information.