VIDEO from Q42015 Updated: QW787 Default Flight Planner Export to FMS. Available in all of our products is the ability for the even the newest user of an FMC to fly a programmed route. More advanced routes can be programmed manually of course, as well as imported routes from 3rd party programs.

Below you can find the full Q4 status update, but first lets just take a look at some of the main things mentioned! The heads up guidance system (HUGS) apparently has taken a drastic amount of time the past quarter as there’s just so much going on with it. Not only that, but they’re continuing to implement logic and accompanying sounds alike with the hydraulic pumps turning on and off in the cabin during Engine Start (as seen in their new video below!) and during other phases of flight. The structure of the FMS has been in place for quite awhile now, but they will still continue to refine and test the features. Not only that, but their 787 WILL allow seasoned users to export flight plans via 3rd party programs (assuming through PFPX etc) Not only that, but all liveries for the -8 and -9 are complete. Exterior texturing is just about done and the paintkit will be finalized soon and available upon release. Still no P3D 3.0 or 3.1 compatibility and there won’t be until they can find the time.

Heads-Up Display
The Heads-Up Display has taken up a huge bulk of our time this past quarter. We’re still working on it, but this HUD has turned out to be more robust than we thought it would be. There is so much going on with this thing. 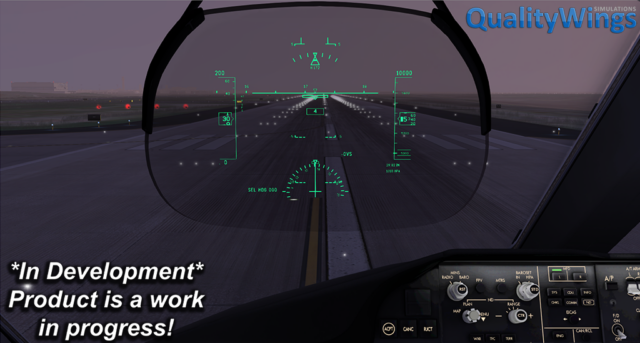 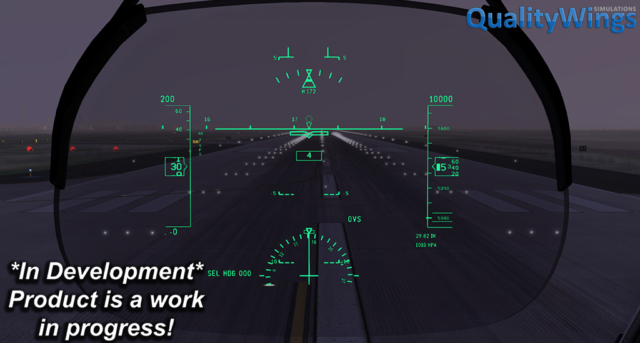 Sounds Implementation for Systems Logic
Sometimes it’s the little things right? Watch any 787 video, and you’ll hear hydraulic pumps turning on and off in the cabin during Engine Start, After Takeoff, during approach, etc. There is so much logic on this airplane and the automatic operation of the hydraulic pumps is one of them. Even though the switches may be on, the pumps may not be running until they’re needed. Similar to the 777 in many ways, but taken to another level. For instance, All electric pumps turn on for 3 minutes and then some of them shutoff until the throttles are advanced for takeoff. We’re continuing to implement logic and accompanying sounds for stuff like this. Small thing…but sounds really cool. Checkout a short video here.
Flight Management System
The structure of the FMS has been in place for quite awhile now, but we still continue to refine and test the features. An emphasis on whether or not the aircraft is able to perform as it’s supposed to is also underway. We’re always asked about loading the FMS. Our 787 aircraft will allow for more seasoned users to program routes, it will allow importing of routes that have been exported from 3rd party programs and also returning is the ability to important Plans from the Defauly Flight Sim Planner. A video will be provided showing a default Flight Planner Route being loaded is shown here.
Liveries Complete
All liveries for the -8 and -9 are complete. Exterior texturing is just about done. The paintkit will be finalized soon and available upon release. I can’t remember if I mentioned this before, but I hope to release some kit tuorial videos to show some of the tricks with the kit. I think it’s a nice kit (It better be, I’ve been working on it long enough lol). 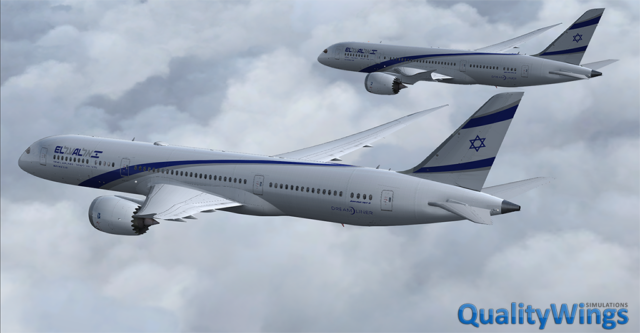 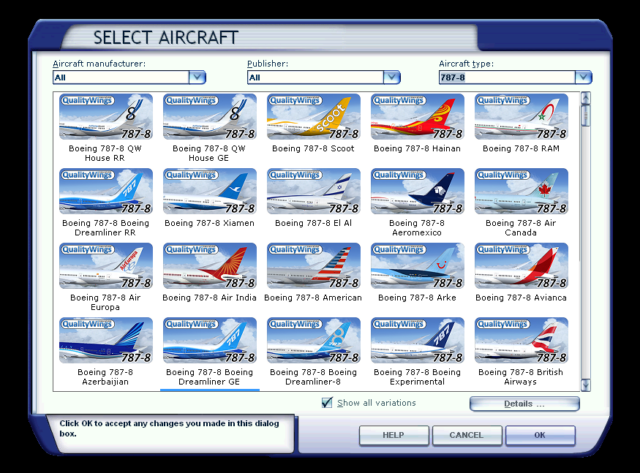