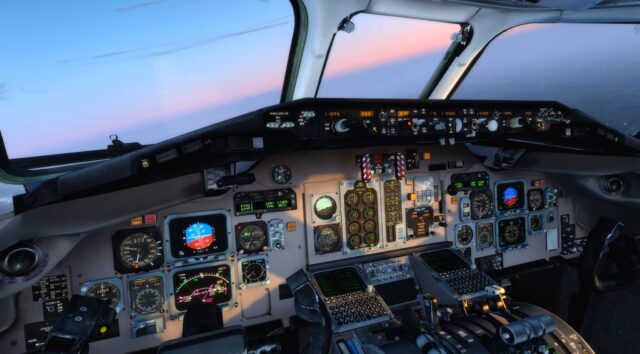 Fly The Maddog X gets a new update version v1.1.0. The best seller from the beginning of this year 2018 will now have a better VNAV management for the vertical profile during descent.

Other options or new features are added as well like an optional pause at the Top Of Descent, or options to activate / deactivate RealLight and TrueGlass.

****NEW FEATURES****
– General: added pause at TOD (from the MaddogX in addon menu).
– General: added support for Mark Foti’s ‘Remote CDU’.
– Exterior model: added in Load Manager the option for external flood lights for switching between dynamic lights/legacy lights/off.
– Load Manager: RealLight setting in Load Manager will now disable just RealLight (TrueGlass can be disabled from its own addon menu inside the sim).
– Load Manager: resetting the activation in Load Manager now automatically unlocks the transaction in Leonardo customer database server, allowing a new installation.
– Load Manager: added an optional feature within the failure page to have a text message displayed, inside sim, when a random failure is armed or triggered.
– MCDU: added handling of constraint above/below (i.e. 8000A12000B).
– MCDU: added ‘gates’ for ‘init pos’ in ‘POS’ page.
– MCDU: added correct calculation of ‘OPT ALT’ in ‘FMS CRZ’ page.
– Panel: added left/right mouse clicks for rotating knobs (where applicable, exception are SPD, HDG and ALT knobs).
– Panel: added the option in Load Manager for having internal flood lights using the P3D4 fx engine, instead of True Light (P3DV4 only). Selecting this option will also add the ‘alt thndr’ and ‘floor’ lights to the VC. Please read the manual about how to use this feature.
– Views: added inside/outside wing views for left and right wing (subcategory: Aircraft).

Nothing to read about new (panel) textures or smth. like that. The previous version was not so much up to date and I dont like the old panel textures and details…they look very cheap and with less detail.