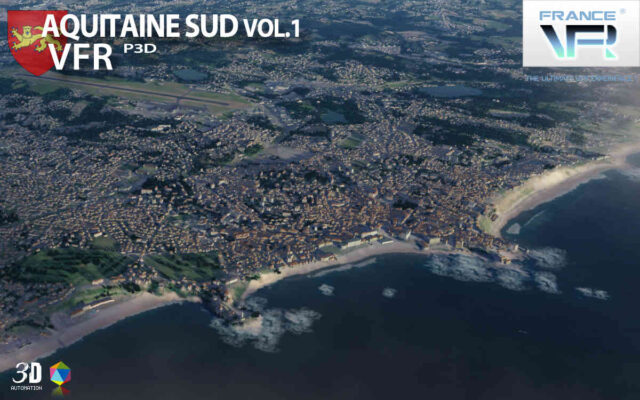 The very large area is treated by a 3D photoreal scenery with many VFR landmarks, all lakes and rivers, and a dense Autogen using local houses, buildings and trees naturally placed to depict the region.

“This 3D photoreal huge scenery represents the southern west part of the France.