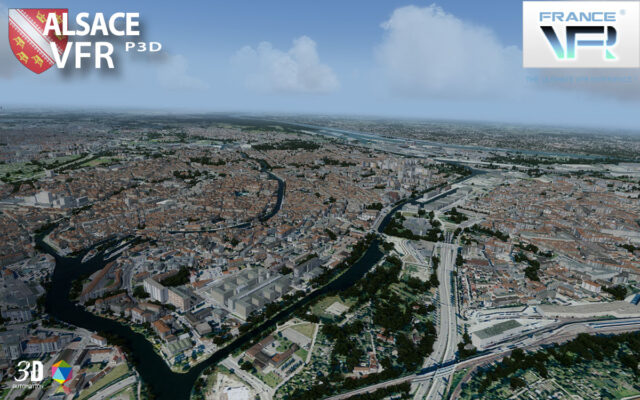 New invitation to fly over the beautiful and photoreal scenery of FranceVFR : now in Alsace VFR 3DA for P3D4.

It’s not a flat and small area : wide and full region, with custom and dense Autogen for both buildings and vegetation, accurately placed, and completed with custom landmarks for a complete environment  perfect for VFR flights.

“This 3D photoreal huge scenery represents the Northern-East part of the France.