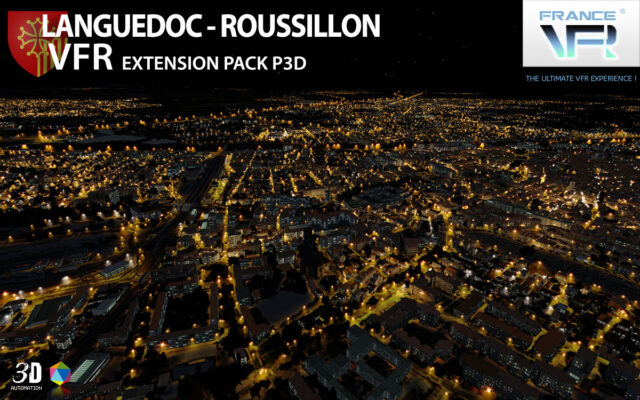 It hads night textures, 3D lights and new new Autogen items too. This makes the ultimate VFR experience in a large area. Exists for either P3D4 or FSX.