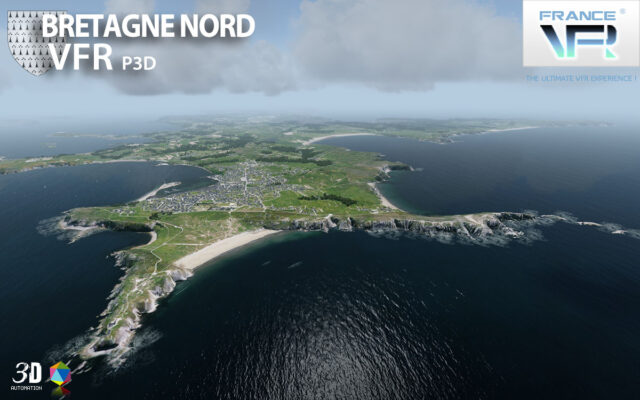 The western region of France named Bretagne is a nice place to demonstrate the power and realism displayed in your P3D simulator because the shorelines are particularly scenic with cliffs, small ports and coastal villages, natural beaches..

FranceVFR use high definition ground textures (0.8 to 1.20m per pixel) made of aerial pictures combined with specific and dense Autogen, placed with accuracy to depict the typical region style.