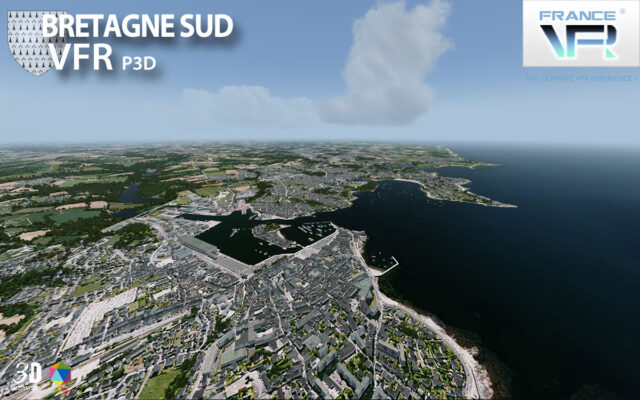 The second part of the French Brittany region is now also covered by France VFR for P3D4.

Start the engine of your light aircraft, fly low and overfly the numerous buildings, Autogen vegetation and custom designed landmarks. Their VFR sceneries are intentionally made for those kind of flights. Complete this product with part 1 available here.