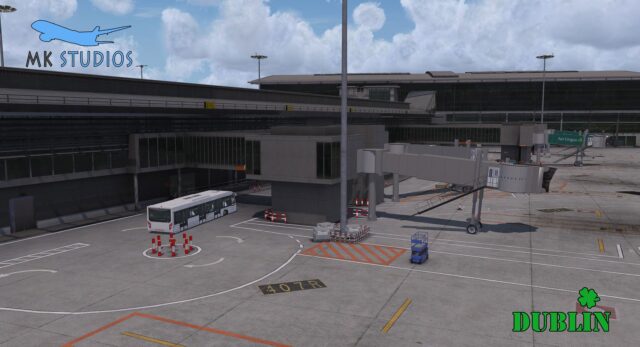 Still fresh and new, Dublin airport scenery (EIDW) for P3D4 by MK-Studios already gets an update.

MK-Studios adds of content and fixes a few issues, as listed below :