For the most popular flight simulator currently, France VFR adds a regional and detailed airport : LFRN – Rennes Bretagne for P3D4. Found in the northwest region of France, it’s an extremely detailed scenery, including high definition buildings and ground textures as well as the respective night textures.

You can use it standalone, or in combination with Bretagne VFR Vol.2, for the whole photoreal region for VFR flights with Autogen and landmarks. It is also compatible with Truelandscape (Landclass with coastlines and redefined water surface areas). 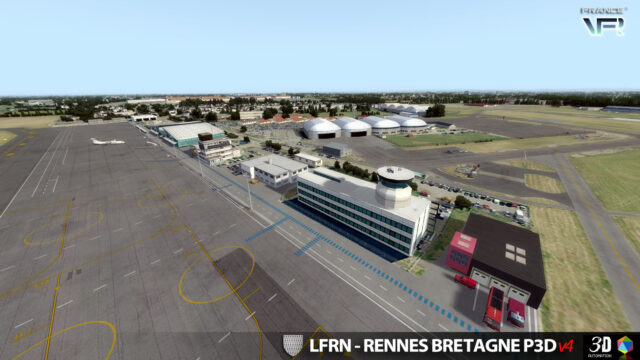