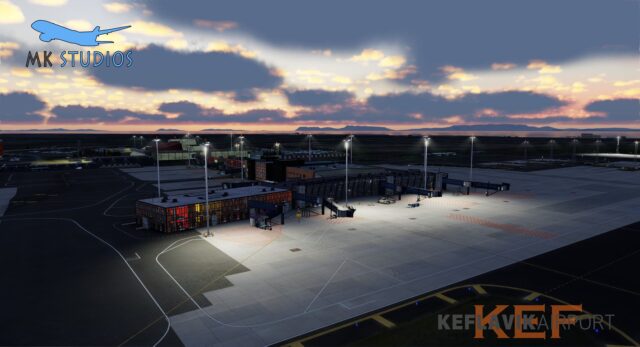 Among the growing flow of P3D V5 updates, MK-Studios announced they achieved and uploaded the update V1.10 for their impressive scenery of Keflavik BIKF, now also compatible with P3D5.

Of course, this is totally free for registered users. Their fans can expect the same to come for Dublin airport, Tenerife Vol.1, Tenerife Vol.2, and Lisbon. Their other airports sceneries would need further improvements like PBR materials.