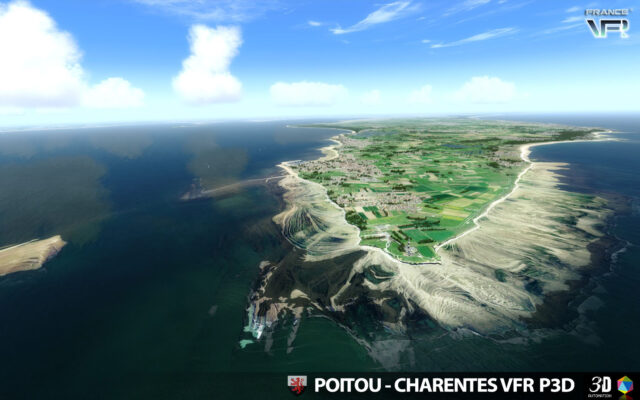 To perform your own Tour de France in flight, VFR regions with 3D Automation are perfect sceneries designed by France VFR because of their extreme use of HD photoreal terrain, custom elevation… and the super dense / local style Autogen. New area covered : Poitou-Charentes on the West coast with Atlantic Ocean, available for P3D v5/v4 or FSX at simMarket.

“Our new Regional scenery Poitou-Charentes VFR 3DA for P3D (v5/v4) and FSX is now available ! This scenery represents the Western center area including many airports and known cities… 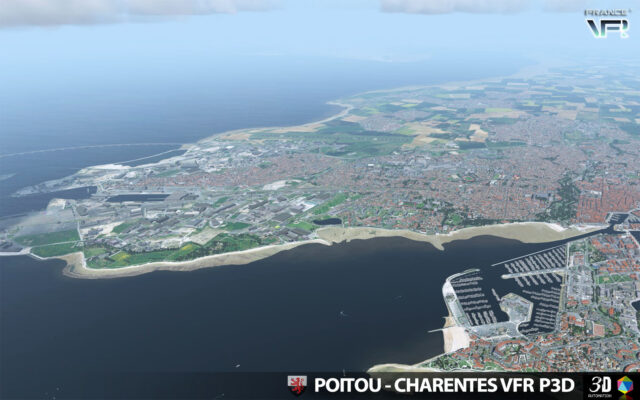 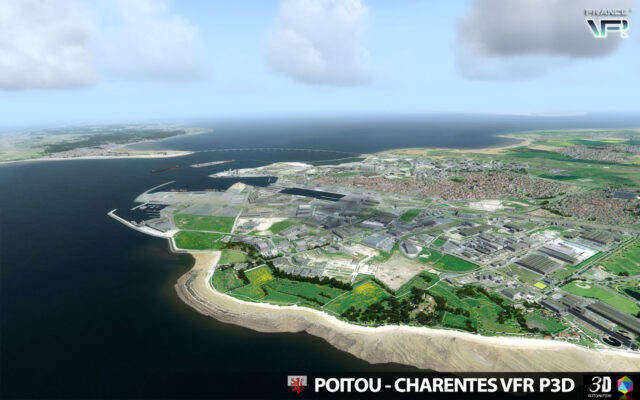