Staff reviewer Rick Desjardins is back with another FranceVFR product review: ” One of the great things about Flight Simulator is that with the right scenery package you can explore different parts of the world without ever leaving the comfort of your own home; no need to deal with airport parking or those potentially long security line ups. One of the recent releases from FranceVFR allows you to do just that. I am referring to the scenery package, Bretagne VFR. Bretagne or Brittany is a rather large peninsula found on the north west coast of France that has an area of approximately 31,000 sq kms. …/….

Installation
This file is big at 953Mb but then again it is covering a large land mass and does so in considerable detail. The installer is the same as any other FranceVFR scenery I have come across and will be very familiar to anyone who has ever bought from them. Straight forward to use; once you are done the scenery has been added to the flight simulator and you will find a program group in your Start Menu with links to the manuals and charts.

Configuration and set up
Again there is really nothing to do but check your display settings to see if they meet the criteria as set out in the manual.

Documentation
There are a total of 52 PDF documents in this package of which 48 pertain to the airports. I won’t go into specifics but will say that they include approach charts and detailed airport information for each of the 19 enhanced airports in the package. There is a wealth of information here. For those interested everything you need to fly either VFR or IFR can be found in these documents.

What you get
The folks at FranceVFR have done a fantastic job in reproducing this area of France and I have to say my favourite part of it was flying along the coast. There is so much to see and take in. Through the use of phototextures they have captured the intricacies of the complex shoreline and the many small islands dotting the area. Combine this with extensive custom autogen, several areas further enhanced with additional VFR landmarks and 3D objects and you have everything you need for some interesting flights. In the many hours spent flying I was always finding something new that caught my eye. To pick a few highlights I would say that the specific regions around Brest and St-Malo were my favourite. The historical sites and dockyards with their detailed wharfs and quays with ships in the harbours and nearby waterways made these areas stand out above the rest. All along the coast you will come across sandy beach areas, nicely modeled bridges, small fishing villages with their fishing fleets, lighthouses and pleasure craft just to name a few enhancements. If you need a rest you can always land at one of the small airports found in the area.

Moving inland you will see that the peninsula is comprised mostly of rural farmland, still very nicely represented with phototextures but not as interesting as flying the coast. They have chosen to not include autogen except near the three inland airports. I expect that there assumption here is that most people flying VFR will do so near the water where there is so much more to grab your attention.

Final Thoughts
As the name Bretagne VFR implies, this scenery is best suited for those wanting to explore the scenery low and slow. I came away with an appreciation for the area. It was as if I had actually been there and to me that is what it is all about. Bravo! 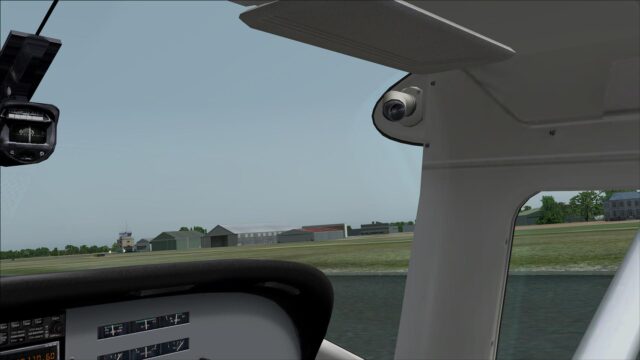 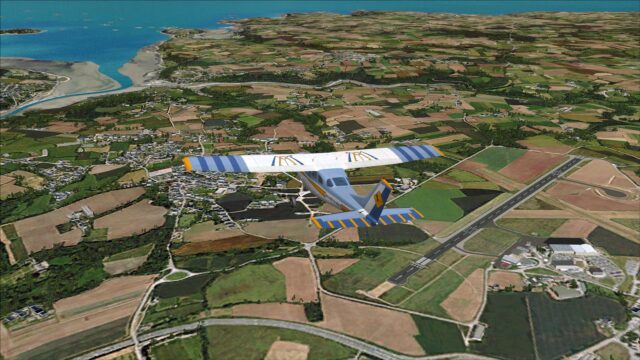 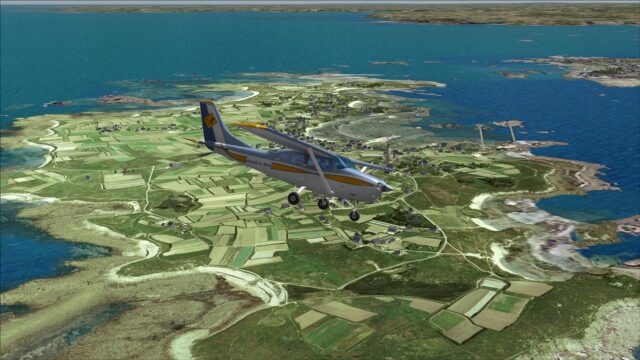 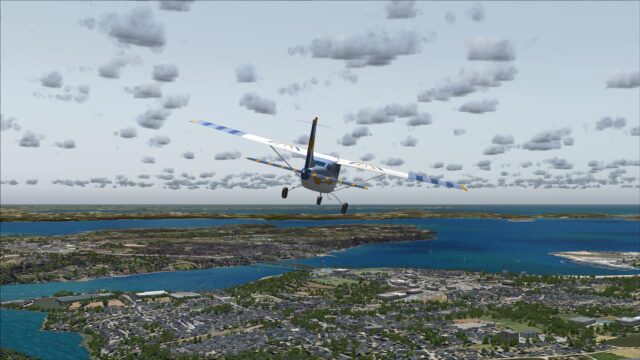 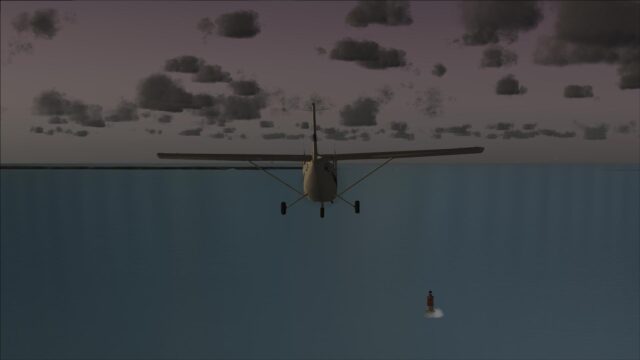 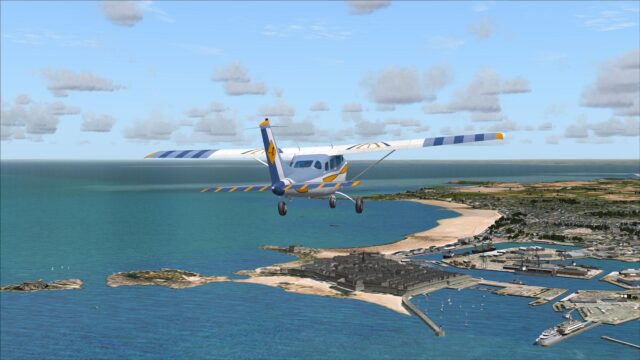 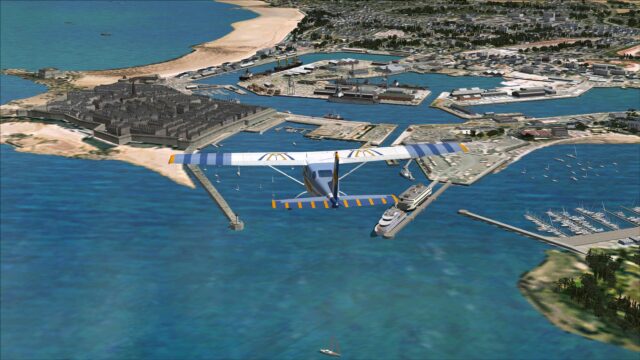 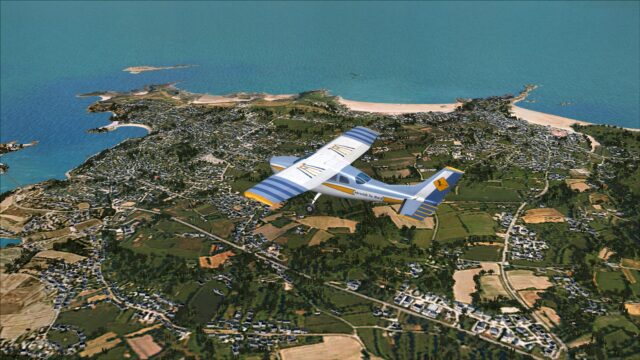 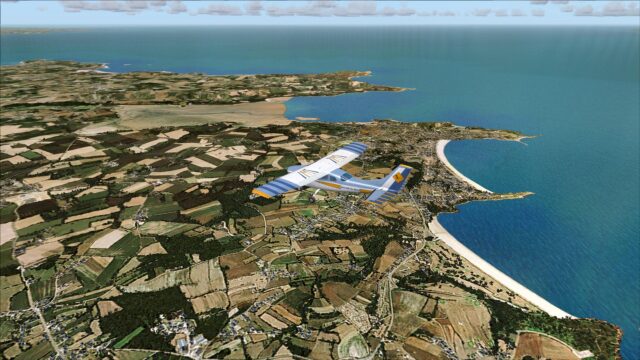 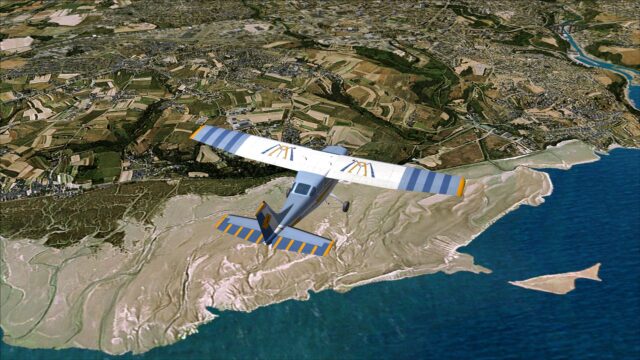 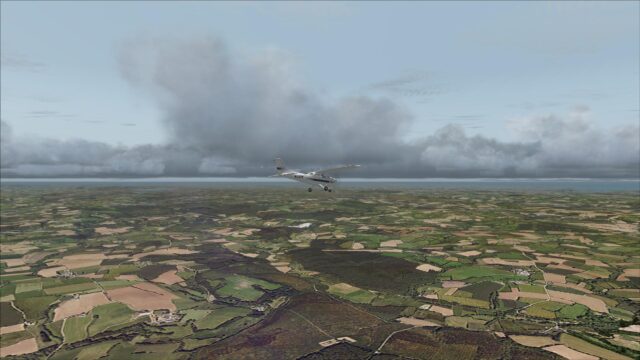 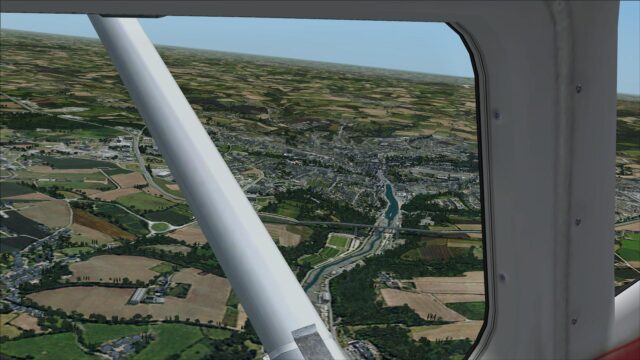 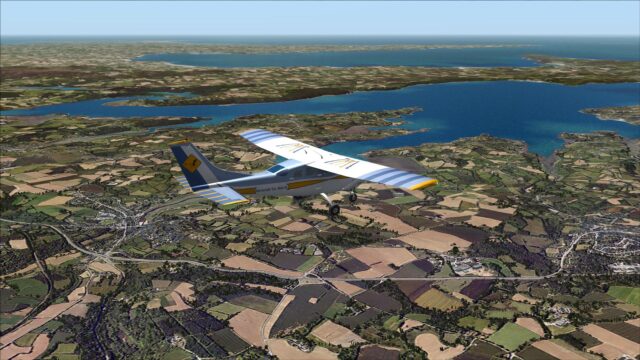 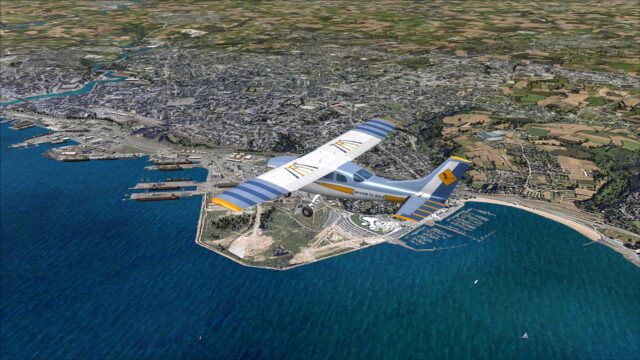 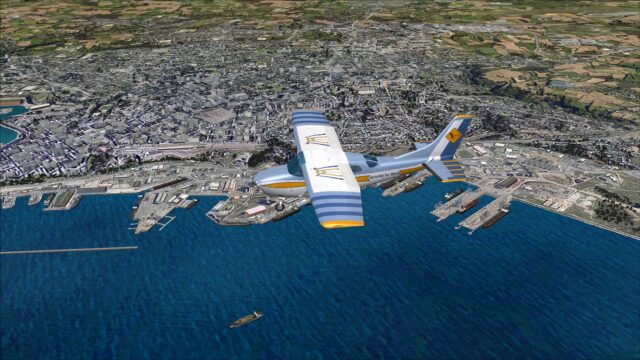 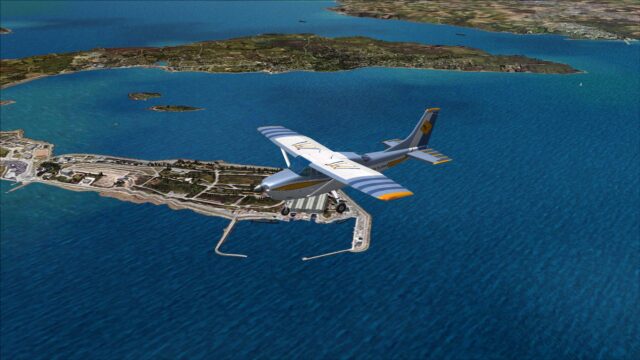 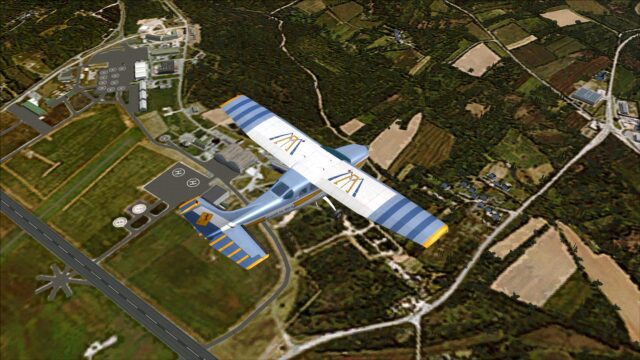 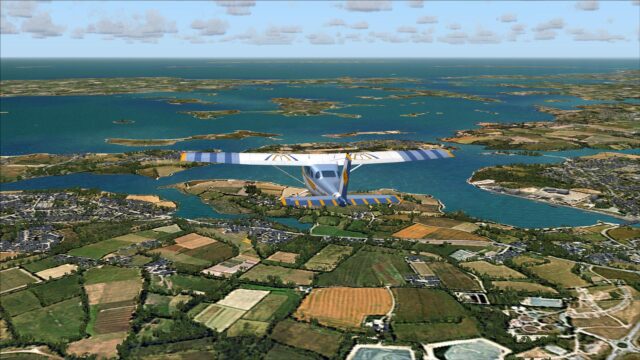 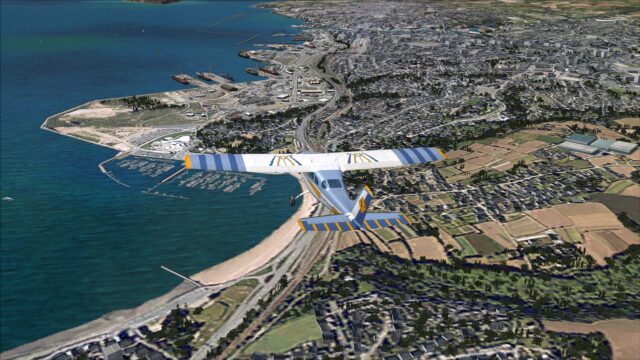 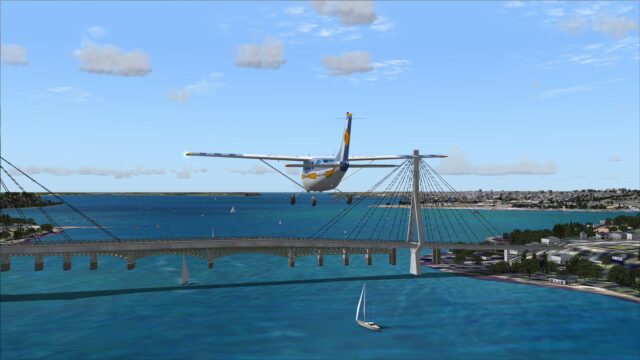 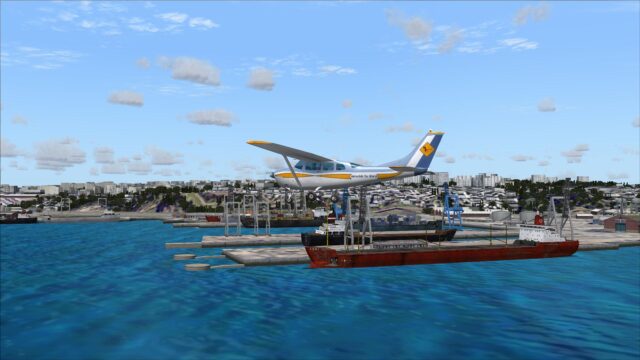 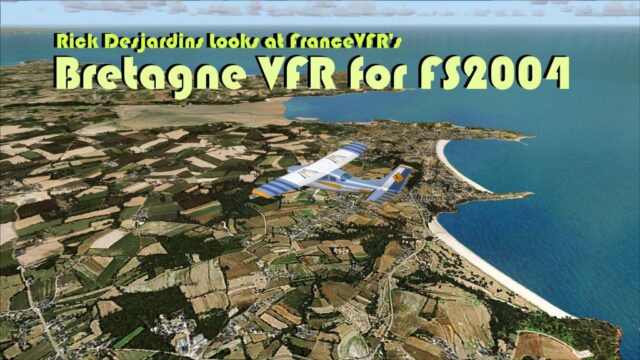