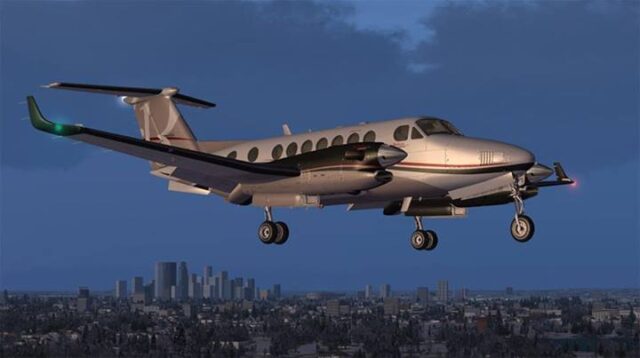 With their recently released MV407 now on sale, Milviz have moved on to promoting their future projects on their Facebook page, posting in-sim screenshots of the Kingair 350i business turboprop exterior and virtual cockpit.

Following recent posts on their forums, there’s a more than reasonable chance that the aircraft will be for FSX/P3Dv1 and a separate purchase/installer for P3Dv2, but no release date has been announced and requests for one, either via the forums are actively discouraged! You’re more than welcome to comment on the pictures though, which you’ll find via the Facebook link, above.