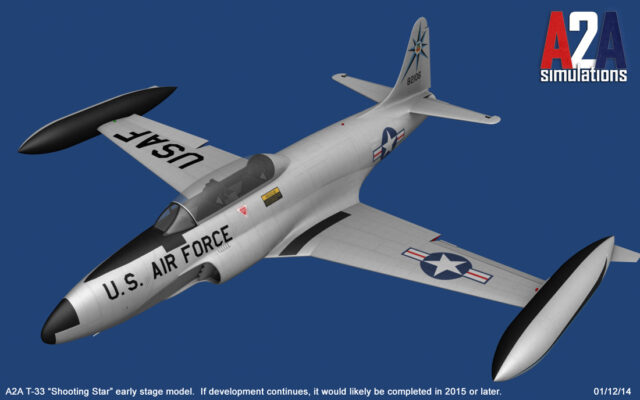 As the screenshot above says, it’s an if development continues, but in response to another request about progress on their F-104 Accu-Sim Starfighter, Scott of A2A Simulations has posted two pieces of news – one not so good, the other potentially much better. The first is that, unfortunately, due to the aerodynamics changes required with supersonic flight and the complexity of the powerplant, development of the F-104 is currently “on ice”. To temper that, somewhat, he posted the picture above of a Work-in-Progress T-33 “Shooting Star”, which is a way off (2015 or later) if development is continued.

Regarding developments already further along the path to production, the team have also posted some photos of their ongoing research into the PA-28 series of GA aircraft, already announced as the follow on to the highly successful C172 Trainer. These photos can be found here.