Aviators’ careers are quite demanding, technically and otherwise. They are supposed to master disciplines such as Aerodynamics, Meteorology and Atmospheric Science, Fluid Mechanics, Thermodynamics, etc., and therefore they need a sound scientific background. It is common for those whose knowledge embarks different disciplines to have also interests in other fields, such as art, music, literature, etc. For pilots that like reading nothing is better than aviation related literature — if you love flying, you will love reading about flying! Below is a list (certainly biased…) of books that should be of interest to those (like us all!) that enjoy everything related to aviation, airplanes and pilots’ trades. They should all be mandatory reading for those who intend to make a living in aviation! Should you have any other book recommendation, please feel free to add it in the Comments.

– A Higher Call by Adam Makos (Penguin Books Ltd, 2012). In today´s world of deception, cheating (did someone say Wall Street??) the (true) story described here is almost inconceivable: it tells the story of two fighter pilots, an American and a German, whose remarkable encounter during World War II became a legend. This encounter of respect and camaraderie marked both pilots’ lives for forty years until, as old men, they would seek out one another and reunite. 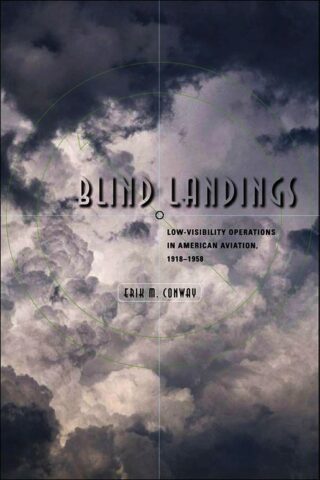 – Blind Landings by Erik M. Conway (John Hopkins University Press, 2006). It is a study of the first attempts to land airplanes under low-visibility conditions in American aviation (period between 1918 and 1958). It is a historic description of one of the most daring stories in aviation (with abundant technical details): the evolution of aircraft landing aids that make  landing safe and routine in almost all-weather conditions. 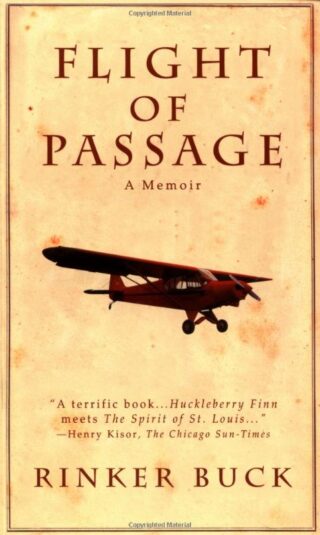 – Flight of Passage by Rinker Buck (Hyperion, 1997). It tells the story of how two brothers resolved their differences and proved themselves to their father through a mythical odyssey across America during the summer of 1966 on board of a dilapidated Piper Cub. They became the youngest aviators on record to fly coast to coast of USA. 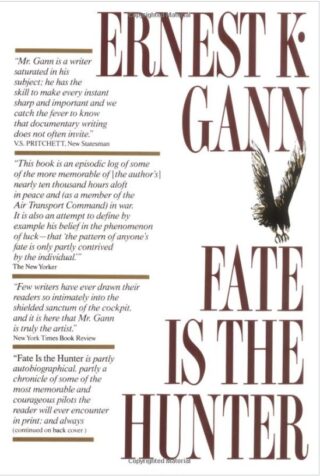 – Fate is the Hunter by Ernest K. Gann (Simon & Schuster, 1961). This fascinating book is an autobiography of the more memorable of the author’s nearly 10,000 hours aloft, in peace and in war. It is also an attempt to define by example his belief in the phenomenon of luck, describing many instances portraying fate (or death) as a hunter constantly in pursuit of pilots. This is a splendid, rich and motivating personal memoir. 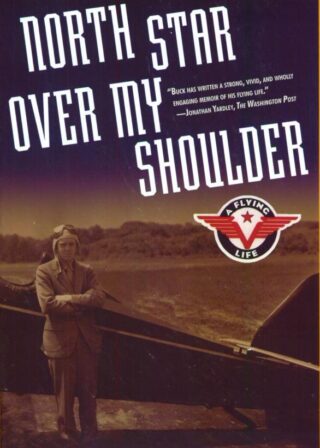 – North Star Over my Shoulder by Bob Buck (Simon & Schuster, 2002). A brilliant book by an aviation pioneer, which evidences the author´s knowledge (and love) for aircrafts. It tells of a life spent up over the clouds and of the amazing places and incredible people he author run into through the world, while pilot in command from a DC-2 to a 747.

– Captain by Earl E. Rogers (Barabara Press. 2002). An adventure into the world of aviation, Captain follows the career of an airline captain from his solo flight through the first three years of his career as an airliner pilot. It follows the pilot´s struggles, disappointments, mistakes, and quest for constant improvement. The book is presented in the form of a letter the captain writes to his grandson. Although the work is fiction, it is based on many actual events. A great read for anyone who has an interest in becoming a pilot.

– The Aviators by Winston Groom (National Geographic Society, 2013). The Aviators tells the saga of three extraordinary aviators –  Jimmy Doolittle, Charles Lindbergh, and Eddie Rickenbacker – and how they redefine heroism through their genius, daring, and uncommon courage. Doolittle was a brilliant aviation innovator, and led the Tokyo Raid to retaliate for Pearl Harbor. Lindbergh, hero of the first solo flight across the Atlantic, flew (unofficially) combat missions in the South Pacific. Rickenbacker, World War I flying ace, bravely hold his crew together while facing near-starvation and circling sharks after his plane went down in a remote part of the Pacific. The lives of these extraordinary aviators overlap and is fascinating learning the remarkable contributions and achievements of these men that take us from the activities of World War I through the horror of World War II and beyond, including daring military raids and survival-at-sea. What an extraordinary reading! 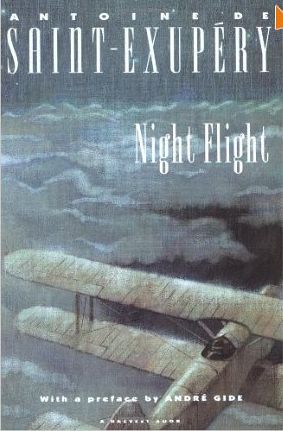 – Night Flight by Antoine de Saint-Exupéry (Harbrace Paperbound Library, 1974). A list like this wouldn´t be complete without a reference to the french aviator and writer Antoine de Saint-Exupéry (1900-1944), author of the well-known Little Prince (translated into more than 250 languages and dialects, and among the top three selling books in the world!). He authored a number of aviation books, such as The Aviator, Southern Mail, Flight to Arras, etc. , but it was his 1931 publication Night Flight that established Saint-Exupéry as a rising star in the literary world and it was his first work to gain widespread acclaim. This novel tells his experiences as a mail pilot and director of the small airline based in Argentina.

One I’d recommend, from the standpoint of someone interested in the history of aviation, is James Hamilton-Paterson’s “Empire of the Clouds“.

It’s the story of the growth and very rapid decline of Britain’s aviation industry and a good indication of how not to run a business, which should probably be read by many managers, rather just those with an interest in aviation!

Thanks for your excellent suggestions guys – some of them I have and already read, others I have just … ordered. I should have added Cannibal Queen – as pointed out by Alex – because it is one of my favourites!

Night Fall, by Nelson DeMille. Its a novel based on the events that ocurred in 1996…The crash of the TWA 800. An excelent book

Great idea for a post. Fate Is The Hunter is one of my all time favourite aviation books. My suggestions are: A Gift of Wings, Richard Bach – a collection of short chronicles about flying, a MUST for any pilot or aviation fan. Nothing By Chance, Richard Bach – an account of barnstorming adventures in the 70s, following ants on a chart and taking rides for a living. The Cannibal Queen, Stephen Coonts – a coast to coast and more flight odissey in a Stearman biplane. Wager With the Wind, James Greiner – the biography of Don Sheldon, famous bush… Read more »

It’s not fair – we can’t show pictures here.
But anyway, must read:
West with the Night, the 1942 autobiography of Beryl Markham, bush pilot in Africa and first woman to fly the Atlantic east to west in a solo non-stop flight,