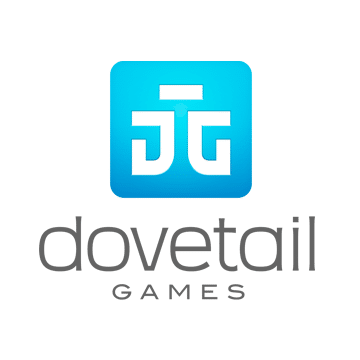 As reported earlier on simFlight the Microsoft licensing deal for MSFlight and FSX has today been officially announced by DOVETAIL GAMES on their official web site.

Their previous name was Railsimulator Ltd., so you can now easily understand who they are. Developers and publishers of Railworks series and Train Simulator 2012/2013/2014, they have proven their abilities in the railways world. They produce themselves addons for TS but their sim is also opened to the freeware creations and to the third party developers of other paywares. They announce FSX Gold for sale on Steam before the end of the year, and another flight related product in 2015.

The full press release text is below:

“The award-winning creators of the best-selling Train Simulator franchise have today announced a global licensing deal with Microsoft, granting them the rights to develop and publish all-new flight products based on Microsoft’s genre-defining flight technology. The company is currently investigating new concepts in this area and is expecting to bring a release to market in 2015.

“I am delighted to be working in partnership with Microsoft as part of this agreement,” said Paul Jackson, CEO of Dovetail Games. “We are thrilled to be exploring new flight simulation opportunities using Microsoft’s technology, and look forward to using our extensive expertise of Steam publishing to successfully bring Microsoft Flight Simulator X: Steam Edition to a broad new audience on the Steam platform. This partnership is perfectly timed to support our expansion into new areas of simulation.”

Steve Bainbridge, COO at Dovetail Games added, “We are very proud of the strong community we have created around the Train Simulator series of products, and we are looking forward to extending our knowledge and experience into working closely with the flight simulation community. We know that they are a very knowledgeable, passionate and committed group of individuals and we welcome their feedback and involvement as we start to create the next generation of games in this area.”

“When it comes to licensing our simulation engine, Dovetail Games is the obvious choice for us to work with. We respect their approach in terms of delivering premium quality simulation games and look forward to seeing their vision of the next chapter in flight simulations unfold,” said Kevin Perry, Executive Producer at Microsoft. “In addition to that, they have repeatedly demonstrated the ability to launch simulation products successfully via online platforms, making them the ideal partner to distribute Microsoft Flight Simulator X: Steam Edition.”

My take; If I read this right, Flight and FSX are going over to Dovetail, who will put its’ energies into Flight for the DLC. There will be lots of Aeroplane DLC of varying quality coming out from them for Flight.. but any patches or fixes will be minor and snail paced (a-la Train Sim). And based on that experience, don’t count on a global Flight, but rather small areas being released slowly… As for FSX — I don’t think this fits their type of business model and don’t have much hope for DX10 or DX11 patches. (hope I am… Read more »

Ray, concerning the latter part, there is NO hope for DX10 or DX11 for FSX, simply because Microsoft retains the development rights to the Microsoft Flight Simulator franchise. As far as FSX is concerned, Dovetail only has the distribution rights.

Dovetail should partner with Lockheed P3d… Make this a team effort communicate and build a relationship with 3rd party developers. If this is done right the next simulator could be an incredible hit for multiple platforms.

I doubt Lockheed will step into the entertainment business (altough they already have, sort of).

Totally called it! This is a good sign. These folks are committed to simulation, and make good products and know how to make money in the arena. They also work with 3rd party devs all the time.

Flight was a PR disaster. Would you announce that you were planning on re-releasing it? However the *technology* of Flight is presumably what the new sim will be based on. As that’s newer and far more capable than FSX’s, even if end users barely got to see what it is capable of, why wouldn’t you use it? Why would you go back to FSX’s code when you have newer and better?

From several gamer sites we learn that Dovetail will not implement graphical updates to FSX, only some bug fixes prior to its release; and will work “to find a way around its dependence on GameSpy for multiplayer functionality” Also, Dovetial will be making “all-new flight sims using Microsoft’s technology,” but it will not actually be making new Microsoft Flight Simulator games.

It seems almost certain to me that anything “new” will indeed be based on the MS Flight engine.

Again your just jumping the gun… I’d like them to use FLIGHT as well so it can be expanded upon but nothing is fact in this area until we hear official word. As of now only FSX is at play.

Simflight is reporting a deal with FLIGHT included but on DT’s website there’s only a mention of FSX as their focus for current and future development. I’m not confident these guys can do anything on the level of P3D’s latest version. FLIGHT actually would have been a better option on Steam along with the ability for our developers to build on top of it…

Dillon, “Microsoft’s genre-defining flight technology” would IMHO include both the MS FS as the MS Flight engine. And what about “new products” and “new concepts” to be released in 2015. Again, IMHO that could only mean a “repackaged” MS Flight, hoping they can sell DLC for that later on.

What I thought, no concrete facts outside you assuming and wanting this to be true.