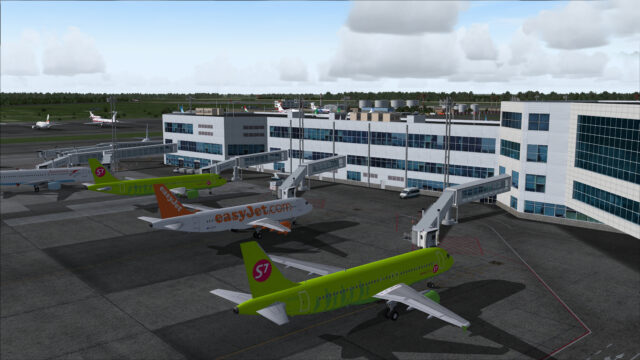 It may have taken a while since it was originally asked about in comments here last May, but MDesign have now released their version of Moscow Domededovo airport (UUDD/DME), for FS9, to join the already available version for FSX/P3Dv1.

In terms of passenger traffic, Domodedovo is the largest airport in Eastern Europe and Russia, handling 30,765,078 people in 2013, carried by 85 airlines. Customers who previously purchased the FSX/P3D version are entitled to a discount on the FS9 incarnation, further details of which – and the FS9 product itself – can be found here.