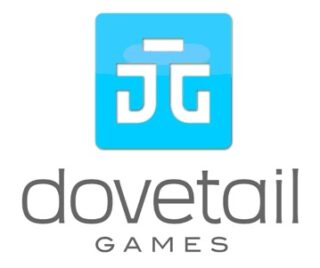 Dovetail Games achieved a partnership with Microsoft to allow them to publish new products for Windows 10 on PC, and Xbox One.

Out of Train Simulator 2016 that we already heard about, the last press release of the developers announce both Dovetail Games Fishing and Flight Simulator 2016, in this order, ‘built on the foundations of Microsoft’s award-winning Flight technology’. I guess they were referring to FS series awards.

Flight used the same engine as MS FS, tweaked and updated with newer shader BUT they stripped it from everything that was alive in the virtual world of FSX. They made the seas static, no AI anything and so on… Flight was therefore a no man’s land ghost world (Hawai)… the goal was to make it light and perform well on most PCs to grab gamers… I just hope Dovetail will not take this stripped down version of MS FS and use it as a template but rather rework the foundations of the engine itself to make it 64bits and… Read more »

Flight was intended to be Microsoft’s answer to the Apple ITunes DLCfest. Give away the rock bottom basics free, then charge, charge and charge again for everything else. Nothing was taken out of the engine, it just wasn’t included in the free package, because of marketing, not the developers. Never mistake bad marketing for bad sim design. There were a lot of improvements in Flight compared to FSX. The FDE was far from ‘slightly improved’ it was significantly improved – if you set it up to full complexity. Trim was still mishandled by moving the CofG rather than positioning the… Read more »

Yes about bad Marketing and yes about handling but handling or fligth dynamic programming is not alien science today, any sim can profit today from engineering oriented programming pretty easily. the issue is that Flight as I mentioned was striped from anything that made FSX evolve to where it was in terms of immersion: (AI traffic in air, land and seas,animals etc), the seas are static with stiff photoreal waves etc etc etc. They did this to make it performe better on the average PC and yes to grab more users for the DLC model… There is a DLC title… Read more »

Well, it’s going to consoles, so Stripped down? You bet it will be.