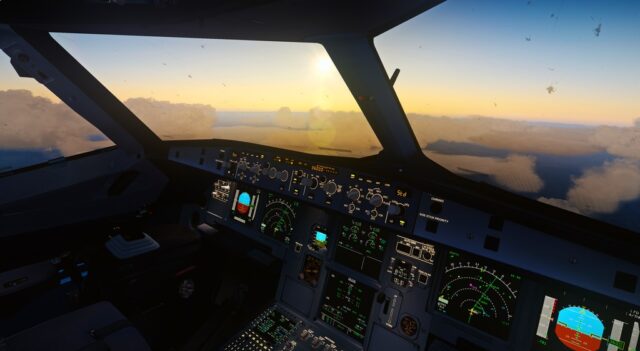 After the icing simulation including the frost and the accumulation on the A319-X, Flight Sim Labs announced another exclusivity to come in their next expansion for the A320-X.

After watching an actual A319 cockpit video with a dirty glareshield, they thought they could achieve a dynamic “bug splatter effects”. It will be affected by the season and the time of day you fly. 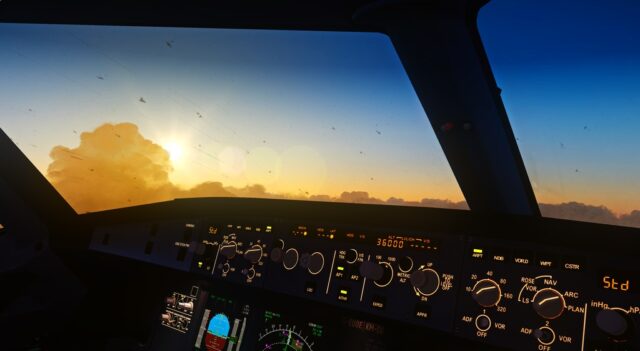 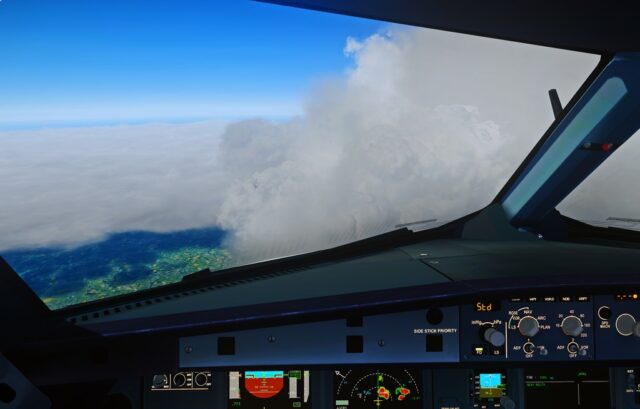 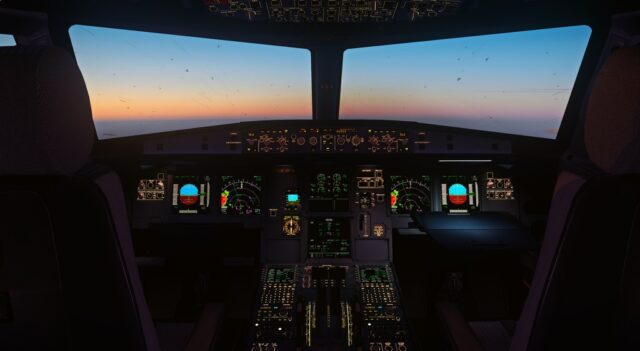 Gone are the days of sitting in a pristine, clinical ‘just washed’ flight deck – as an A319-X pilot you’ll be fully immersed in the cockpit environment with bug splats so real you’ll find yourself cleaning your computer screen!

The fully dynamic splatters are tuned only to occur in the correct atmospheric conditions, in spring and summer seasons and over land mass, so if you depart on a warm summer’s evening you’ll note more impacts on the windows than if you were flying on a cooler morning.

“The idea came to us one afternoon over a coffee in the office,” said Flight Sim Labs founder Lefteris Kalamaras. “We were looking at a reference photograph of a real A319 flight deck to check the Virtual Cockpit modelling, when we noticed the screens were covered in streaks and bug splatters. Someone said ‘wouldn’t it be cool if we could model that dynamically?’ – so we did.”

The effects are persistent across sim sessions so even if you shut down Prepar3D, next time you load up the A319-X the same splatters will be in place until you clean the windscreens.

The splatters are affected by external environmental conditions in the air – but you’ll need to ask maintenance to clean the windows for you on the ground. They get quite dirty after a few sectors at this time of year!

The A319-X will be a paid expansion to Flight Sim Labs’ highly acclaimed A320-X, exclusively on the Prepar3D v4 platform. Stay tuned for details of more cracking new and exclusive features still to be revealed…

The A319-X is an upcoming expansion package for Flight Sim Labs’ highly acclaimed A320-X on Lockheed Martin’s Prepar3D v4 platform. As well as a number of yet-to-be-announced unique features, the A319-X will include: