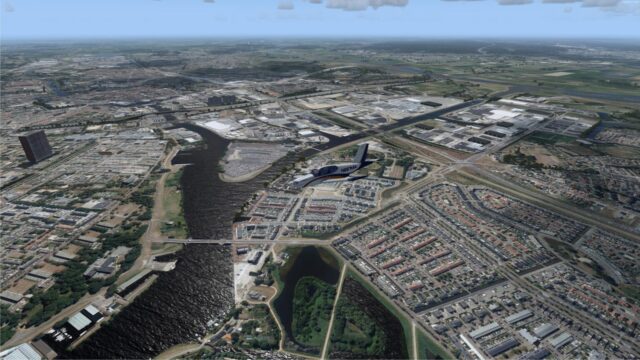 The NL2000 team is still busy developing the freeware scenery of the Netherlands for P3D.

The NL2000 team released version 5.04. This is an extra because the FSweekend is cancelled.

The biggest changes will be visible in the photografic scenery. The team could use actual aerial photo’s from 2019.

There will be a version with 50 cm/pixel and one with 1 m/pixel.

Some fields with grass runways have special versions for use in Prepar3Dv5. Airports like Eelde, Teuge and  Middenmeer have been brougt up to date to the present situation and on several airports and scenery are minor adjustments implemented. And there is a second version of Eelde with the parked KLM aircrafts during this Corona situation.

NL2000 users have the choice of which version they want to use.

The testing is now finished and the packages for version 5.04 can be downloaded from our website.

Unfortunately there may be some minor altitude issues in P3Dv5. We have corrected some, but it’s possible that there are more. Just like some shadow effects on runways and taxiways. We try to correct them in a possible next release.

For correct installation, the new installer version 4.0.108 is needed.