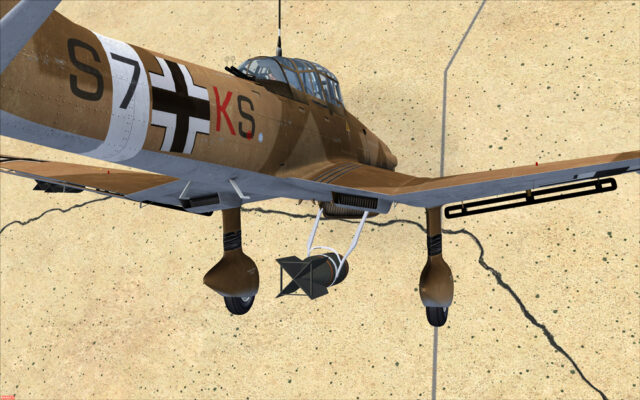 With its infamous “Jericho Trumpet” siren announcing its arrival, the Ju-87 “Stuka” was one of the most effective ground attack aircraft of the inter-war years and World War 2. Unfortunately its low speed and weak defensive armament made it a sitting duck for almost all single-seat fighters, but unless intercepted, the aircraft’s attacks were accurate and deadly.

Milviz‘s new model for MS FSX and P3D (although support for P3D users is currently not available, the installer does allow for both sims) covers the D.5 and G.2 variants, with realistic gauges and avionics, multiple liveries and the ability to use Shared Cockpit in multiplayer. Full details and purchase links can be found here.